2020 was new for all of us. A virus intruded into our lives, and just like that, there was chaos all over. Of course, it was an experience, but then, had it not transpired, life would have been better.

Across the globe, 2020 also saw some unusual and unforgettable incidents. There were quite a few in India and within Karnataka as well. On a lighter note, here we have gathered a list of fun awards and their recipients. It is purely a work of fiction, but it is 2020, you never know!

1. Scam of the Year – Drone Prathap

While this year’s best web-series happens to be Scam 1992, the best Scam belongs firmly to Mr. Prathap. That said, hopefully, the boy is left alone so that he learns his mistakes and gets on in life. 2. Villain of the Year – China Virus


Who else can it be? Chinese not only gave us a virus (as per Donald Trump), their expansion tactics amidst the crisis was a villainy move. Even if one small thing happens in 2021, and next year as well, we will give the ‘Villain’ award to China. 3. Heroes of the Year – Corona Warriors

Our year would have been disastrous without them. Thanks to the Corona warriors, we were at least able to set our foot into the New Year. Bless you, guys! 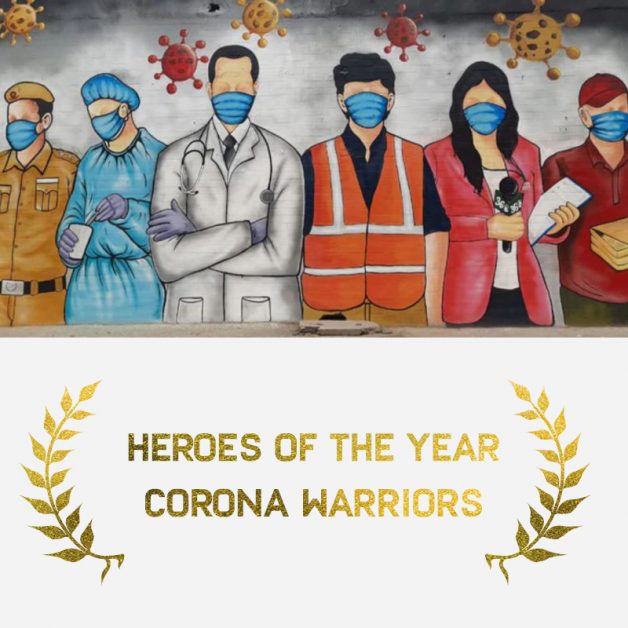 It was only for a short period, but the word ‘Binod’ became extremely popular across India at that time. The joke stretched so much that a casual YouTube comment even became the concept for several YouTube videos. Now, when that was the only attire that was used, what else can be the outfit of the year? We would not even be surprised if the same set of T-Shirt, shorts, and mask was washed and reused entire 2020. 6. Waste of the Year – Dalgona Coffee

Punished must be the ones who try to show their creativity with coffee and tea. Dalgona coffee is the only coffee in the history that went more on our Instagram stories than down our throats. One of the major reasons why India could contain Coronavirus to an extent, it would be really useful if something similar is coined for Corona 2.0. Hope our prayers are heard in the Sangli district of Maharashtra. 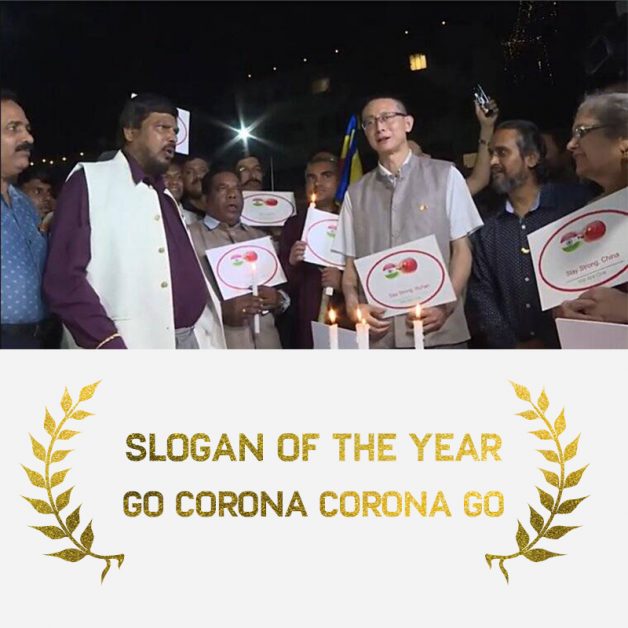 8. Dance of the Year – Coffin Dance

The Coffin Dance was a hilarious meme material that went viral in 2020. At one point, essentially every meme had reference to this dance. This myth will continue for a few more months. For many, it was work ‘for’ home, and for others, it was a slot to indulge in Netflix and Prime. Of course, there were an unlucky few who actually worked from home. The Mini Mini powder invention by HDK was path-breaking for the state. Not only was it a political breakthrough, but the powder also helped social media survive for a few days. Public TV Ranganath was the memer’s favorite person of the year. He provided stuff for the trollers at 9 pm every day. Even now, the Public TV Chief is adored by them. 12. Vegetable of the Year – Kothmiri Soppu

Coriander became world-famous in Karnataka around the middle part of 2020. The reason for the popularity was a comment by someone regarding an infamous incident. 13. Crush of the Year – Devdutt Padikkal

While the genuine cricket fans fell in love with his batting, Devdutt also became popular for his looks. No surprise that there are more than just the RCB fans who are looking forward to April 2021. If a trend starts in Karnataka, it is overused until that particular trend dissolves. ‘Baa Guru’ was one such thing, and there are still a few who construct their jokes around this. It happens at 9 pm, day in day out, and yet, the woman stuck it out. Kudos to her, and congrats to her as well. Her followers are steadily increasing, and 2021 could bring in new opportunities.