Pamban railway bridge over the sea is one of the most wonderful constructions that was built around 100 years ago. One of the most amazing facts about the bridge is that it opens up to allow free movement of boat and ferry. Here are some of the most interesting features about this century-year-old bridge that never fails to surprise you. 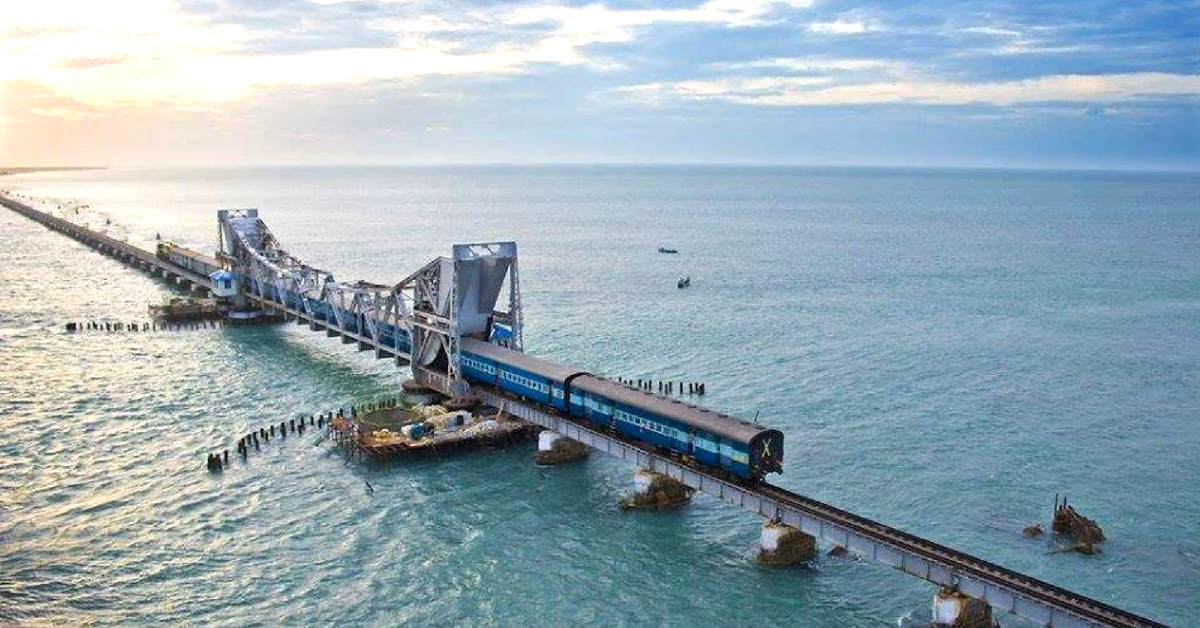 Only Connection To Rameshwaram Until 1988

Until 1988, this railway bridge on the sea was the only surface transport connecting Rameshwaram in Tamil Nadu to the mainland.

It Was India’s Longest Sea Bridge Until 2009

The Pamban Railway Bridge referred to as Bridge No. 346 is 2,057 km long and has 140 spans. Interestingly, it also has a double-leaf section that facilitates the movement of ships and boats. The feature was designed by a German engineer Scherzer.

That is why the 114th span that was located midway of the bridge was also called a Scherzer span. 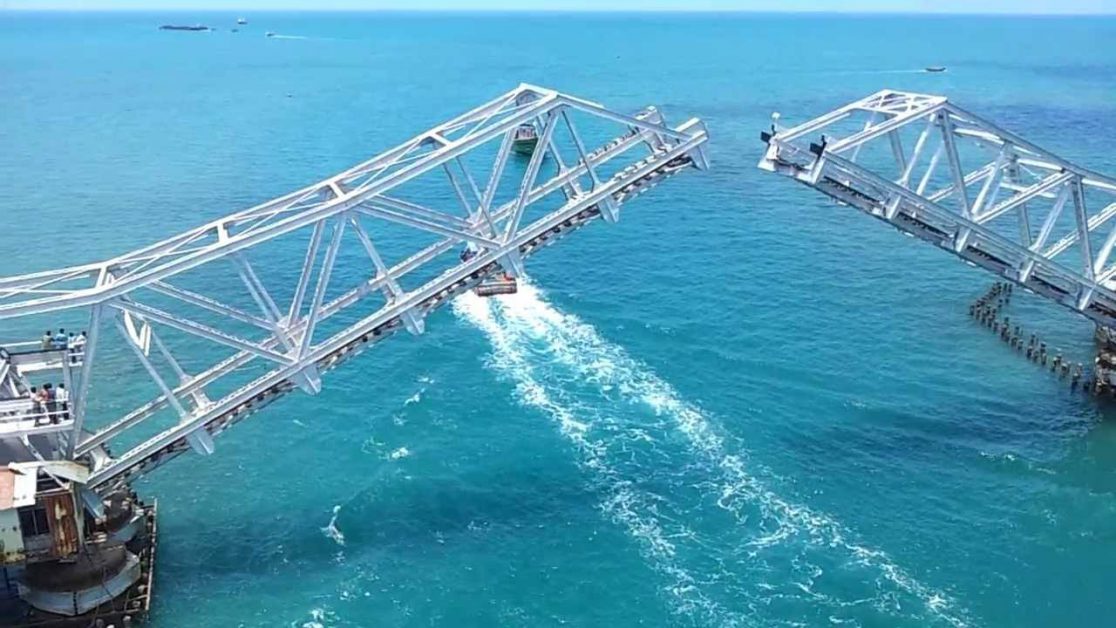 Scherzer Span Replaced By Modern One

Now the old Scherzer span has been replaced by a modern one to improve the working and life of the Pamban Bridge. According to Southern Railways, the newly introduced span will be operated using a single/remote button by the staff.

It Is A Cantilever Bridge

It is a Cantilever bridge with structures supported at only at one end and projecting horizontally into space.

Until 1964, the two leaves of the Pamban Bridge were opened by the workers manually with the help of levers. After the tragic train accident induced by the cyclone, the Indian Railways decided to install devices to check the velocity of wind across the bridge via duct.

The workers halt the movement of the train when the speed of the wind goes beyond 58 km per hour. The bridge’s construction started in 1911 and became operational in 1914. In 2007, the Indian Railways converted its meter-gauge into broad gauge.

The Pamban Railway Bridge is the conduit that helps pilgrims and tourists from all over the world reach the famous Ramanathaswamy temple in Rameshwaram. Some Upcoming Landmark Bridges In India

Apart from the Pamban Bridge, Indian Railways is coming up with few other engineering marvels in the country. One of the most stunning bridges that are nearing to completion is the Chenab bridge in the Jammu and Kashmir Valley.

It will be the highest railway bridge in the world and is expected to be taller than the Eiffel Tower in Paris.

The bridge will be constructed using blast-proof steel for protection against earthquakes and bombing. Another marvel is the Bogibeel bridge which is the longest rail-cum-road bridge over the Brahmaputra connecting the South and North banks of the river.