MetroSaga
Home WTF! Facts 15 Unknown And Astounding Facts About Indian Railways That Will Make You... It was a historic day India got independence. We certainly wanted the Britishers to go away. But we have to be thankful to them for a few things that changed the course of many things in the pre and post-independent India.

Apart from introducing well organized postal service in the country, the Britishers also introduced railways for the first time in India. The first train ran between Bombay and Thane in 1853 on 16th April. Ever since then the Indian Railways have grown its network leaps and bounds across the country making almost all the places in the country accessible and reachable.

Even though most of the people are quite aware of the basic things related to railways like making reservations and so on, there are some unknown facts that really make the Indian Railways a giant establishment.

Here are some such astounding and unknown facts about our railways that really will surprise you as well as make you proud:

1. Highest  Bridge In The World

India is building the highest railway bridge in the world in Kashmir. The bridge will have a height of 359 meters and is being constructed over the Chenab river. As a part of the megaplan of the Indian Railways, the bridge will connect Kashmir Valley with Jammu-Udhampur-Srinagar-Baramulla Rail Line. 2. Use Of Blast-Proof Steel

Another interesting thing about this highest bridge over Chenab is that it is being constructed using blast-proof steel. Since Kashmir Valley constantly faces terrorist attacks, the railway administration has taken this decision to ensure that the bridge will not be affected by any blast.

3. Bogibeel Is Second Longest In Asia

The second longest rail-cum-road bridge of Bogibeel in Assam was thrown open recently. With a serviceable period of around 120 years, the bridge is 4.9 km long and is the only fully welded Indian bridge. For constructing this bridge on river Brahmaputra, the Indian Railways for the first time applied European welding standards and codes. Indian Railways employees around 1.4 million employees and is the eighth largest employer in the world.

India has around eight Railway Museums in Pune, Delhi, Kolkata, Mysore, Chennai, Kanpur, Tiruchirappalli, and Ghum. The National Railway Museum in the capital city of India is the largest rail museum in Asia. With normal vehicles becoming kaput after a decade or so it is really astounding to know that Fairy Queen built in 1855 is still in operations. Although it retired in 1909, the Indian Railways relaunched it in 1997.

Today it runs as a tourist train in between Delhi and Alwar traveling at a speed of 40km/hour. It is the oldest working steam locomotive in the world.

It has been included in the Guinness Book of Records and also was awarded the Heritage Award by the International Tourist Bureau in Berlin. 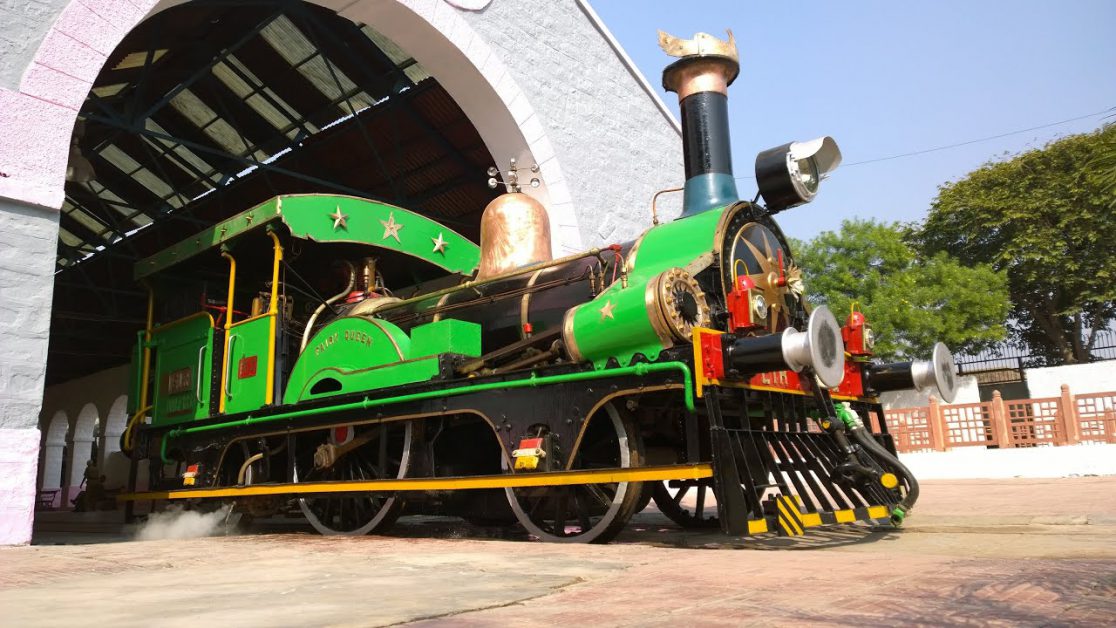 The railway network of India carries more than 23 million passengers daily which is almost equal to the entire population of Australia.

The Indian Railways is the second largest in the world and the largest rail network in entire Asia. It is the largest network to be operated by a single government covering 115,000 of tracks and route of 65,000 km.

The longest railway platform in the world is currently the Gorakhpur Station in India that spans an area of 4,430 feet. Earlier the record was held by the Kharagpur station with a length of 2,733 feet. The Chhatrapati Shivaji Terminus and the Indian Mountain Railways are the two historical railway elements that are a part of the UNESCO World Heritage site list. The Shivaji Terminus in Mumbai has been included for its classic blend of Indian and Gothic art architecture. The Mettupalayam Ooty Nilgiri Passenger train is the slowest Indian train running at a speed of 10km/hour.

The New Delhi Main Station has the largest route relay interlocking system in the world. The station has been included in the Guinness Book of Records.

The Indian Railways run five luxury trains including Palace on Wheels and Royal Rajasthan on Wheels in Rajasthan, The Golden Chariot in Karnataka and Goa, The Deccan Odyssey starting from Maharashtra and The Maharajas’ Express that begins in New Delhi. These are some of the best luxury trains in the world and are the pride of the country. The shortest route taken by the Indian train is services between Nagpur and Ajni which is of 3 km. The Vivek Express that runs from Dibrugarh to Kanyakumari covers a distance of 4273 km and is the longest running railways.

So, these were a few facts about Indian Railways. We hope that you found this post informative.