MetroSaga
Home Kannada Meet This Retired English Professor Who Drives An Auto In Bengaluru To... From Bengaluru, a college lecturer drives an auto after retirement as he couldn’t find a job in the city. This story shared by Nikita Iyer will surely make you smile.

An auto driver with good English

A Bengaluru professional shared the incident on LinkedIn where she was surprised to see a man speak English fluently and was humble in characteristics. A woman named Nikita Iyer shared how she was unable to book a cab in the middle of the highway when an auto driver stopped and asked her if she needed a lift.

Nikita was in shock as she heard this 74-year-old auto driver speaking English. She asked curiously how he had gained fluency in the language. What followed the next 45 minutes was unforgettable. The auto driver revealed how he ended up driving an auto from being an English lecturer. Ms. Iyer shared this extraordinary encounter in a LinkedIn post that has gone viral on social media. 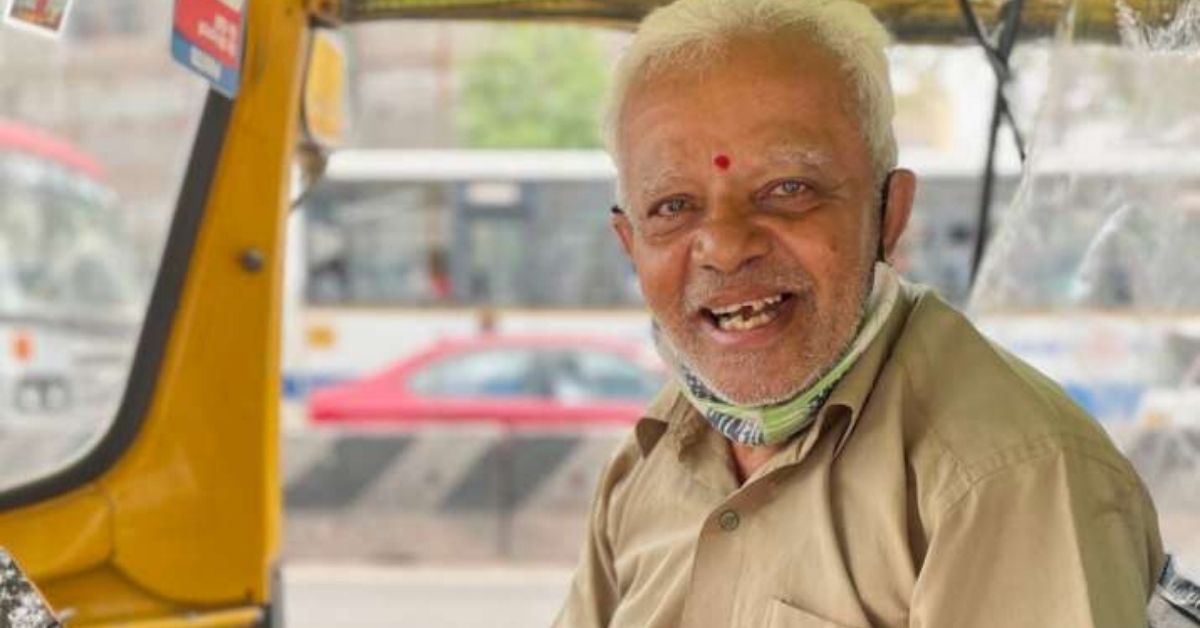 “This morning, on my way to work, stranded by an Uber auto driver in the middle of the highway, I must have had a worried expression on my face which made an old man driving a rickshaw stop and ask me where I wanted to go,” she wrote in her post.

Uncertain at first, she explained to the auto driver that she needed to go to her office at the other end of the city and was already late. To a surprise, the driver responded in English.

“Please come in Ma’m,” he said in English, “you can pay what you want.” Ms. Iyer was shocked by such kind of behavior and said ok. “What followed was a very enriching 45 minutes,” she wrote.

Unable to hold her curiosity, Ms. Iyer asked the old man how he was able to speak such good English, the old man told her that he used to be an English lecturer in a Mumbai college and had done his MA and MEd. He even predicted Ms. Iyer’s next question: “So you’re going to ask me why I am driving an auto right?”

Further, the auto driver revealed his story. He told her that his name was Pataabi Raman. Ever since he retired as a college lecturer he had been driving an auto, he revealed. Raman tells that he worked as a lecturer in Mumbai because he could not find any jobs in Karnataka.

The only question he faced while being in an interview was, ‘What is your caste?’ and when he said his name was Pataabi Raman, they said, ‘We will let you know.”

Fed up with the response he received from colleges in Karnataka, Raman moved to Mumbai where he found a job in a decent college. For 20 years he worked in that college in Powai before he retired at the age of 60 and moved back to Bengaluru. “Teachers do not get paid well. The maximum you can earn is 10 to 15,000 Rs and since it was a private institution, I don’t have a pension. By driving a rickshaw I get at least 700-1500/- a day which is enough for me and my girlfriend,” he told Iyer, laughing.

Ms. Iyer was amused and also puzzled by the “girlfriend” remark, Raman further explained that he called his wife his girlfriend “because you must always treat them as equal,” he says.

“The minute you say, wife, husbands believe she’s a slave who must serve you but she is in no way inferior to me, in fact, she is superior to me sometimes,” he described.

The auto driver also informed that he and his wife have a son who helps them pay their rent. “But beyond that, we are not dependent on our children. They live their life and we live ours happily,” he said.

Nikita Iyer ended her post with a few words of praise for the 74-year-old Raman. “Not one complaint about life. Not one regret. So much to learn from these hidden heroes,” she wrote