MetroSaga
Home News I’m Not The Guardian Of Ramayan But It’s Our Duty To Introduce... 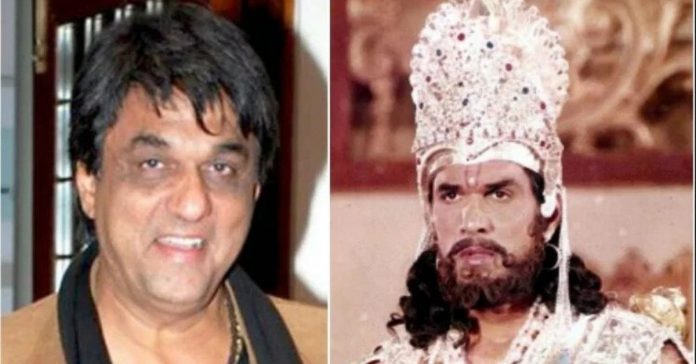 Mukesh Khanna who played the iconic role of Shaktiman on Television has been in the news recently amid a controversy involving Sonakshi Sinha. The actor who had also played the role of Bhishma Pitamaha had commented on the lack of knowledge of Sonakshi Sinha on Ramayana and Mahabharata.

During the 21-day lockdown period that was enforced to contain the spread of COVID-19 in the country forced the ministry of Information and broadcasting to order the rerun of the epic television shows- Ramayana and Mahabharata. Speaking about the rerun, Mukesh Khanna had said that the rerun will be useful in educating the younger generation about the mythological epics. While saying so, as an example, he quoted the example of Sonakshi Sinha who had recently failed to answer a question about Mahabharata on Kaun Banega Crorepati.

Several senior actors including his co-star of Mahabharata Nitish Bharadwaj, Punit Issar and Sonakshi’s father Shatrughan Sinha criticized the actor for his statement.

Shatrugan Sinha reacted to Mukesh Khanna’s comments without taking his name as said that while ‘someone’ has a problem with his daughter for not answering a question about Ramayana, he is the ‘someone’ an expert on the epic and a guardian of the Hindu religion?
Reacting to this, Mukesh Khanna defended his statement saying his intention was not to demean Sonakshi but to quote her as an example. However, he said, he was surprised to see many of the younger generations and told that it is our duty to educate the ‘TikTok’ generation about the rich literary texts of our country.

Nitish Bharadwaj who played the role of Krishna in the epic show also criticized Khanna saying that seniors seem worthy of respect only if they walk the path of empathy. Responding to similar criticism from his co-star Puneet Issar, Khanna said that Issar is doing so only to promote his play on Duryodhan.

Mukesh Khanna also lashed out at Ekta Kapoor for modernizing the show Mahabharata where the character of Draupadi had a tattoo. With Ramayana and Mahabharata, another show starring Khanna, Shaktiman, which made him a household name, has also been ordered for a rerun.