MetroSaga
Home Movies Rajamouli’s Next Big Thing Is Said To Be ‘Mahabharatha’ Co- Produced By... 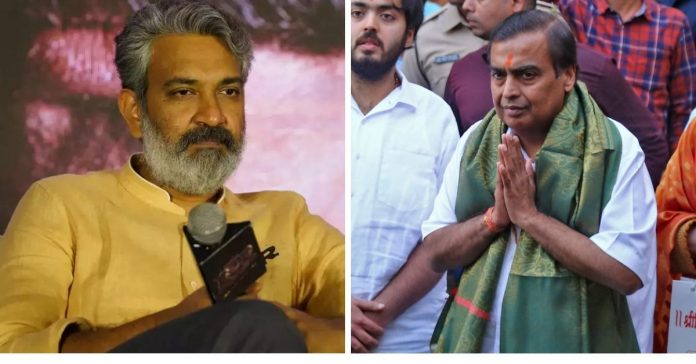 According to the buzz, one of the most expensive films to be ever made in the Indian cinema industry ‘The Mahabharata’, will be made in series. And it is most likely to be co-produced by Reliance Industries chief Mukesh Ambani.

The massive success of movies like Baahubali: The Beginning, Baahubali: The Conclusion, and the recent release RRR have forced movie freaks across India to empower ace filmmaker SS Rajamouli and his movies as the greatest entertainers. Social media was buzzing ever since Rajamouli announced he will be doing India’s biggest cinema based on the Indian epic Mahabharata. “I want to make them bigger, bigger, and better. And of course, I want to tell Indian stories to the rest of the world. ‘The Mahabharata’ has been my long, long, long dream project, but it will take a long time for me to step into that ocean. Before I step into ‘Mahabharata’ I want to make maybe three or four films,” he said in an interview. Latest Update from the film

Expected to be one of the most expensive films to be ever made in the Indian cinema industry, the movie will be made in ‘series’. Now, reports revealed that the movie series will be co-produced by Reliance Industries chief Mukesh Ambani. Also, certain media reports claim that international writers will work on the script to give it a global appeal. In order to make it bigger than Rajamouli’s previous films, A-listed actors from different regional industries might be roped in for the mega project. Apart from several leading actors from the Bollywood industry, several names of actors from the South industries are being discussed for inclusion in the project.

While Rajamouli won’t reveal any details as yet, sources say his version of Mahabharat may feature Aamir Khan, Mahesh Babu, and Jr. NTR in a key role.

The inclusion of such actors in the mega project could definitely turn the movie globally appealing. If such things happen, undoubtedly, the movie will script a new history.

LSC: Anupama Calls Aamir’s Acting Awkward & Says Laal And PK Are Both Brothers From Another Mother