The Hijab controversy in Karnataka is gaining more and more traction as film celebs have shown their points of view on the same. Adding to the list of celebrities like Hema Malini, Javed Akhtar and Neeraj Ghaywan among others who expressed their opinion on the Karnataka Hijab row, Kangana Ranaut has shared her opinion.

What were her comments?

She took to her Instagram to write “If you want to show courage, show it by not wearing burqua in Afghanistan… Learn to break free not cage yourself”.

She put this forward with the tweet of Anand Ranganathan. 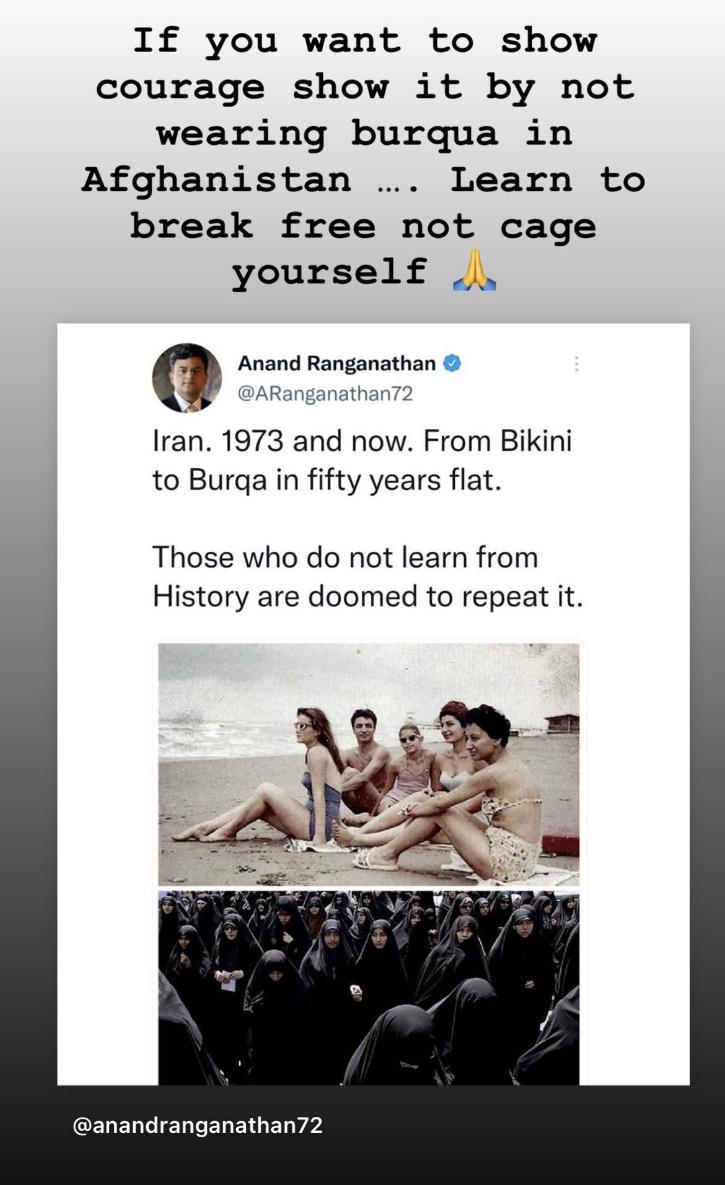 Apart from the various reactions, the reaction of Shabana Azmi stood out as she tweeted
“Correct me if I’m wrong but Afghanistan is a theocratic state and when I last checked India was a secular democratic republic ?!!”

Correct me if Im wrong but Afghanistan is a theocratic state and when I last checked India was a secular democratic republic ?!! pic.twitter.com/0bVUxK9Uq7

Shabana Azmi with her tweets has seemed to take the support of the girls.

What are your thoughts?