The natural phenomena, where the blazing sun met the coolest moon was just a treat to watch for us as it was a decade’s last solar eclipse. Amongst all, Prime Narendra Modi showed a keen interest in trying to catch a look at the solar eclipse.

Unfortunately, I could not see the Sun due to cloud cover but I did catch glimpses of the eclipse in Kozhikode and other parts on live stream. Also enriched my knowledge on the subject by interacting with experts. pic.twitter.com/EI1dcIWRIz

The 69-year-old chose to wear a special glass to witness the solar eclipse. Meanwhile,  netizens were quick to realize that PM Modi was wearing Maybach glasses worth Rs 1.6 lakh. They alleged that the Prime Minister was having a wonderful purchases despite the country is in an economic crisis.

If you are living a German dream, see it through German sunglasses. Maybach Worth 1.6 Lac #BrandedFakeer pic.twitter.com/3pgVsfA1di

On the other hand, netizens also claimed that Modi wearing expensive Maybach glasses was a false theory. The Prime Minister was apparently wearing a Red Buffalo Horn glasses which costs nearly 3K to 5K.

Nevertheless, twitter was still engaged to follow their rituals to make a good meme content out of Modi’s picture. The image went viral, within 10 minutes of the tweet, more than 900 people had commented to, about 2,300 people retweeted and close to 8,500 people liked the post.

Another thing that went viral was Prime Minister Narendra Modi’s response showed to a tweet on his photo. The tweet, which did not tag the prime minister, captioned a photo of Modi saying, “This is becoming a meme”. Modi’s response was just as crisp and short. He said, “Most welcome…enjoy” 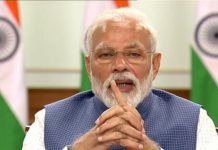 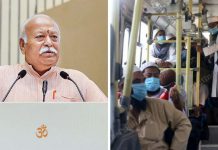 10 Things To Know About C Ashwath, The Magical Composer Karnataka...