Actor Jaggesh, earlier today, interacted with a set of his followers on Instagram. To one of the normal questions asked by one of his followers, Jaggesh made use of the trend and replied in the hilarious ‘Drone Prathap’ style.

The rage of ‘Drone Prathap’

Yesterday night, Prathap NM aka Drone Prathap appeared live on TV and clarified regarding a few of the accusations that were levied against him. While many felt that his live interaction could solve a couple of issues for him, in turn, the way he answered a few of the questions on the news channel triggered yet another wave of trolls and memes.

The one that is being highlighted now is Prathap’s stance of deviating from any serious question by saying that he is legally bound not to disclose the details. In fact, when one of his friends asked him a few technical details live on TV, Prathap said that he could reply to it only via mail. 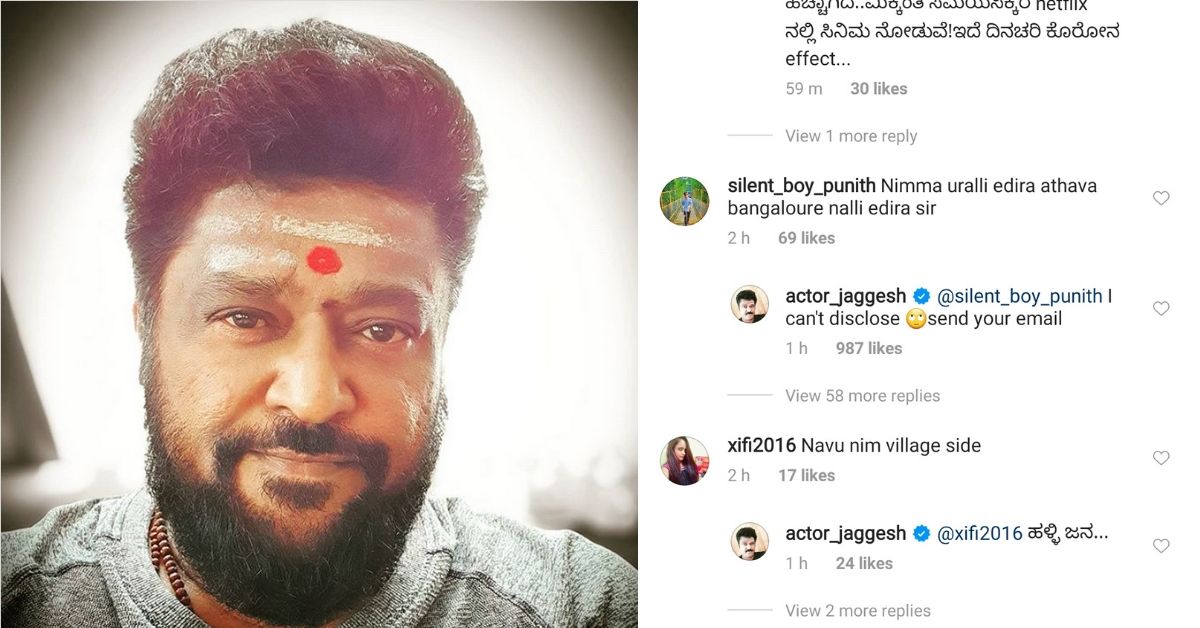 Jaggesh goes with the trend

A man who is credited to have brought Prathap to the limelight, Jaggesh himself trolled the supposed drone scientist with his hilarious reply on Instagram. When one of his followers asked him whether he was in Bengaluru or in his native during the lockdown, Jaggesh said that he cannot ‘disclose’ the matter. He further asked the follower to drop his mail-id. The reference was unmissable, and this particular comment later gave way to a series of discussions in the comment section.