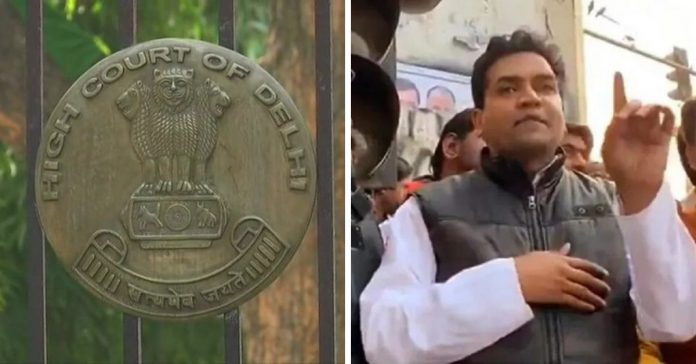 Delhi high court on Wednesday directed the police authorities to lodge a First Information Report (FIR) against those politicians who make inflammatory speeches over the protest row. This decision comes in after the court witnessed four videos of hate speeches – those by BJP leaders Kapil Mishra, Anurag Thakur, Parvesh Verma, and Abhay Verma.

HC bench commanded by S Muralidhar and Anup J Bhambhani took on the account and appointed a special commissioner, identified as Praveer Ranjan, who will sit with the police administrator on Wednesday itself and observe all such video clips and take a mindful decision on Lodging FIRs.

“Just file FIRs. You showed action in lodging FIRs for arson, why aren’t you showing the same for registering FIR for these speeches,” Justice S Muralidhar told the Delhi Police.

The Delhi violence has caused death to at least 26 people including a Delhi police officer and Intelligence Bureau officer, and over 180 have been injured in the clashes. Seeing the situation, the Delhi High court asserted that there should not be another 1984-like event in the country.

The above decision comes in after the court witnessed four videos of hate speeches; those by BJP leaders Kapil Mishra, Anurag Thakur, Parvesh Verma, and Abhay Verma.

In a short video, Mr. Verma was caught urging people to gun down traitors, shortly before lonesome gunmen opened fire at anti-CAA protesters in Delhi.

Justice Muralidhar produced strong words to the government to work together with Delhi police to counter the violence that troubled parts of the national capital for a fourth consecutive day.

“We can’t let another 1984 situation happen in this country; not under the watch of this court”, Justice Muralidhar noted.

“We discovered that one IB officer has been beaten and killed. These things should be instantly looked into”, the judge added.