MetroSaga
Home Movies Salaar: Big Changes Are Happening For Prabhas’ Starrer That May Upset The... 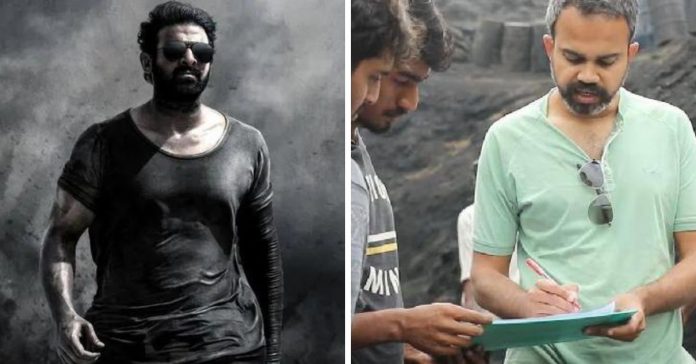 Pan India star Prabhas starrer Salaar is one of those exciting projects as the actor is getting back to the genre he is best known for. While fans are awaiting details about the film, the latest we have come across is about a big change happening to the original plans, and the fans might me upset about this.

With KGF director Prashanth Neel and Prabhas uniting, there’s already a huge buzz about Salaar. In addition to that, there are speculations saying this film might be connected to Yash starrer film, giving rise to Prashanth Neel’s KGF universe. Going even further, rumors also stated that Yash and the Saaho actor might even cross their paths in Neel’s next and KGF Chapter 3. With all such anticipations from the fans and wanting to see the film Salaar as soon as possible, there is bad news coming in that may make the moviegoers unhappy.

According to the latest updates, the makers are considering changing the original release date of Salaar. Earlier, the film was set to be released in the Summer of 2023. Now the makers are planning to release this action thriller on Dasara 2023 i.e. in October next year.

Not just Salaar, all big Telugu films are getting delayed due to the Telugu Film Chamber of Commerce and Telugu producers Council’s joint decision to halt all shoots. Prabhas has two films in production and both the shootings have changed their plans. As per the entertainment news web portal, the Telugu Film Chamber of Commerce, and Telugu producers Council are upset with the celebrities for their “fake collections and high remunerations”. “Only heroes are happy with their high remunerations and fake collections. All other stakeholders are suffering,” said Telugu Film Chamber of Commerce Secretary Mutyala Ramesh.

All films are halted until and unless top Telugu actors don’t rework their fees and filmmakers don’t recheck the window between the theatrical and OTT releases of their movies, which has thrown a wrench in the plans of the team Salaar.

Only Hero’s are happy with their high remunerations and fake collections. All Other Stakeholders are suffering. ( In the Telugu Film Industry) pic.twitter.com/CkSISUHIHA

The makers of “Salaar” had planned to wrap the entire shooting by December. But that is not possible now. The film will resume its shooting later this month or in September. Now, the new target is to wrap it by March 2023. In eight months, the entire shooting part will be completed. Director Prashanth Neel needs a minimum of five months for the post-production work. So, “Salaar” is aiming for Dasara 2023 release. On that note, Prabhas fans would really become sad as they will have to wait for Salaar much longer.

Meanwhile, Salaar is being made under the banner of Hombale Films, with Vijay Kiragandur bankrolling the film on a large scale. The film will see Prithviraj Sukumaran, Sruthi Haasan, and Jagapathi Babu playing important roles.