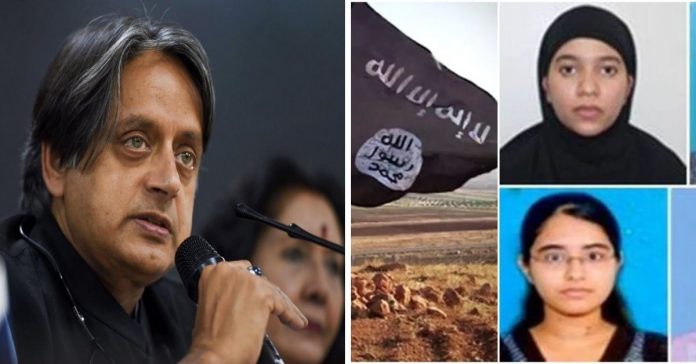 Yesterday on 17th August congress MP Dr.Shashi Tharoor’s tweet sparked a yet another unnecessary conversation on radicalization of youth and Malayalis joining ISIS and Taliban groups.Well,Indeed that’s a harsh reality which was witnessed over the years now; but the liberals call upon this fact as an hoax and might flare up a campaign which will fodder the right wing RSS.

Tharoor sparked a massive row after he doubted that there were two Malayali Taliban in one of the celebratory videos of the group that emerged after the takeover of Kabul. “It sounds as if there are at least two Malayali Taliban here — one who says “samsarikkette” around 9-second mark and another who understands him!” Tharoor wrote sharing a video that was originally shared on a Twitter account that goes by the name Ramiz.

Ramiz later clarified that there are no Kerala-origin fighters in the rank and file of Taliban. “They are Baloch from Zabul province who speak Brahvi and Bravhi language is widely spokes among them. It is a Dravidian language which is very similar to Telugu, Tamil, Malayalam etc,”

It sounds as if there are at least two Malayali Taliban here — one who says “samsarikkette” around the 8-second mark & another who understands him! https://t.co/SSdrhTLsBG

To Ramiz’s explanation, Tharoor said that it is indeed interesting and only linguists can figure this out. “But there have indeed been misguided Malayalis who joined the Taliban, so that possibility cannot be ruled out entirely,” the MP wrote drawing wrath on social media.

Twitter users accused Tharoor of branding the entire Malayali community as terrorist sympathisers because of just one word. Such a statement should not come from the MP, one user said, as it would only fuel “right wing’s hate campaign against Kerala”

I have been approached by Kerala mothers whose daughters are stuck in Afghanistan after having been taken there by their misguided husbands. I arranged a meeting w/ EAM SushmaSwaraj ji for a constituent to plead her case. Obviously it’s as an MP that I’m aware of the situation.

The popular Mallu uncle expert in English language started throwing fellow Malayalis under the bus for intuitions he gets because of his liberal RSS circle.
But uncle forget that there are many common words in differnt languages across the subcontinent and neighboring regions.

The 'Malayalis in Taliban' tweet was really avoidable. There's no documentary proof. The tweet led to an opindia story and is now being shared on whatsapp as anti Muslim, anti Kerala propaganda. Even a casual remark can be so harmful in the current circumstances.

Menon was among those who is converted to Islam and has earlier defended Islamists like Sharjeel Imam who wanted Muslims in India to take to street and cut off the northeast India from rest of the country in ‘chakkajam’.

I am sure all those who decried my tweet about the possibility of Malayalis in the Taliban will now notice the ones who were released from the government’s prisons today: https://t.co/N1aDLXrZ4O

Radicalised youths from Kerala is joining terror groups is a known fact. In August 2020, a terror attack perpetrated by the Islamic State (ISIS) at a prison complex in Jalalabad in Afghanistan reportedly led to the escape of 300 inmates. Top intelligence sources revealed that the suicide bomber involved in the terror attack hailed from Kasargod in Kerala.

Truth is always better sometimes these liberals indulge in their ideologies refusing to accept the harsh reality which is a fact in front of the whole world.

Secularism As Principle And Practice In India Is In Danger: Shashi Tharoor