Bengaluru was once called the city of Thousand Lakes. Can you believe it? Today, the problem has become so worse that even in imagination, 1000 lakes is a subject of fantasy. Several lakes overflowed and inundated the roads, and water entered residential areas surrounding the lakes. Bellandur lake, Hallenayakanahalli lake, and Varthur lake are some of them that have overflowed due to the rains that continued to pour overnight.

This is the second time in the last two weeks that lakes in Bengaluru have overflown. And do you know the reason behind this? 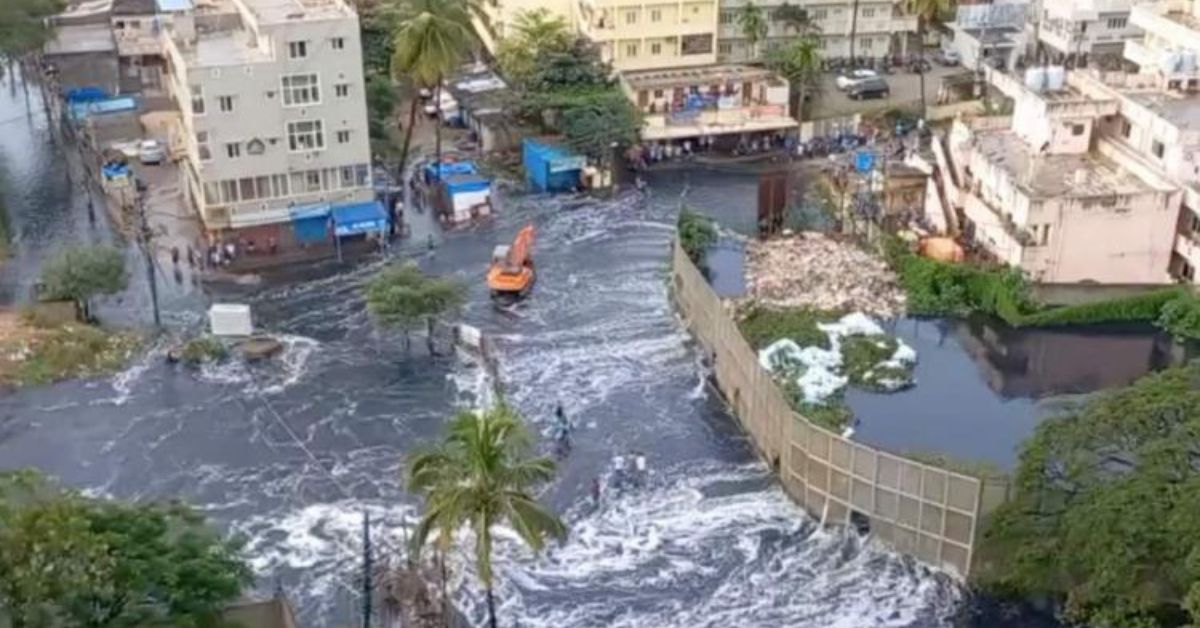 India’s Silicon City was once called the city of Thousand Lakes. Today, the situation has become so worse that 1000 lakes are a subject of imagination. These water bodies which were the source of life were lost and padlocked to curtains.

Over the years the lake areas have been transformed into residential and commercial places, educational institutes, bus stands, stadiums, and whatnot. Some lakes are even used as dumping grounds for domestic and industrial wastes or open sewage. In total there were 43 lakes that were transformed.

The transformation of water bodies into residential and commercial places has resulted in flooding. Natural drains for stormwater and the natural water storage mechanism were breached. Many of the city administrators have focused on creating artificial lakes and ponds apart from maintaining the existing ones in good health to serve the water requirements of the city. Vanishing of the lakes will expose the surrounding areas that were not flood-prone, to floods. This is because the lake capacity has reduced vertically, so water will flow wherever there is low elevation.