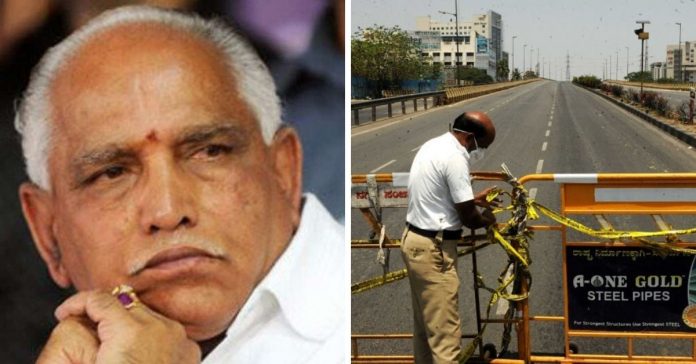 The city of Bengaluru now has a total of 495 active containment zones as per the Bruhat Bengaluru Mahanagara Palike war room bulletin.

On Monday, over 738 fresh cases of COVID-19 were reported in the city which continued its surge in the number of cases. In the last two days, the city had reported over 1378 cases with 783 cases on Sunday and 596 cases on Saturday. As per the reports, this might have been a reason for the state government to impose the lockdown on Sunday. The curfew was also changed from 9 pm to 5 am to 8 pm to 5 am.

In the Bruhat Bengaluru Mahanagara Palike war room bulletin, the civic body reported that 55 containment zones had returned to normal. However, the bulletin did not reveal the list of areas where the containment zones have been made. As per Hepshiba Korlapati, the in charge of the Bruhat Bengaluru Mahanagara Palike’s COVID-19 War room, the spike in cases in the city was largely reported from the same areas where the cases have been reported earlier in the various zones of city’s south, east and western parts.

With the massive spike in the recent few days, the Municipal body is yet to map the location of over 2,000 patients. As per a report in Deccan Herald, most of the cases in the city has come from areas like Rajajinahar, Mahalakshmi Layout, Malleshwaram, Govindarajanagar, Chamarajpet, Gandhinagar and other commercial areas. Malleshwaram has so far reported 40 cases while Dasarahalli had reported 24 cases.

Only 176 Recovered On Monday

So far, the city of Bengaluru has reported 4,052 COVID-19 cases of which over 3,427 cases have been active cases. The city has amounted to 91 deaths due to COVID-19. The state of Karnataka, on the other hand, has so far reported 14,295 COVID-19 cases and over 226 deaths. Over 8,000 people have successfully recovered from the novel coronavirus disease while 6,388 are currently active in the state. A total of 176 people recovered successfully from the novel coronavirus diseases on Monday. There are a total of 268 people are in the Intensive Care Unit out of which 178 are in Bengaluru.

‘If You don’t Want Another Lockdown In Bengaluru, Follow Norms’: CM Yediyurappa

Bengaluru Seal Down: Here Are The Five Plans K’taka is Planning To Contain the Spread

Karnataka: Minister Sriramulu Hints That The State Might Soon Go Into Another Lockdown