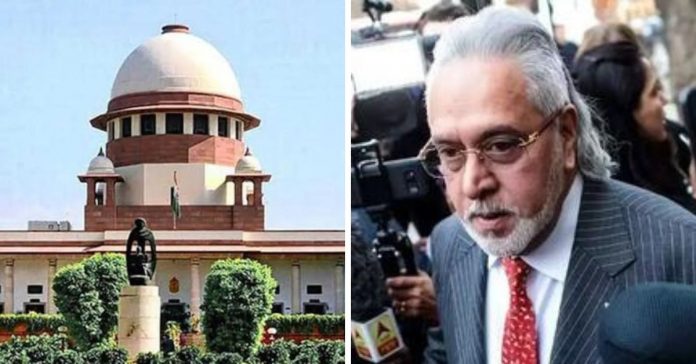 The Supreme Court on July 11 sentenced fugitive Vijay Mallya to four months’ imprisonment and a Rs 2,000 fine almost five years after he was found guilty of contempt of court.

The court ordered the Home Ministry to “secure the presence of the contemnor [Mallya] to undergo the imprisonment charged upon him”. Mallya is believed to be in the United Kingdom. “Considering the fact that the contemnor [Mallya] did not show any remorse nor tender any apology for his conduct, we impose a sentence of four months and a fine of Rs 2,000… We direct the Ministry of Home Affairs to secure his presence to undergo imprisonment. Needless to say, the government, including the Ministry of External Affairs and other agencies, shall carry out the directions with due diligence and utmost expediency,” a three-judge Bench led by Justice U.U. Lalit ordered.

The court also said that the transaction of 40 million dollars by Vijay Mallya to his children is “void and inoperable”, ordering the recipients to return the amount with 8% interest to the recovery officer within four weeks. Vijay Mallya’s properties can be attached if the amount is not returned.

“If this is not deposited, the recovery officer can take appropriate actions for recovery of the said amount and the government of India and all agencies should assist in that process,” the court order said. The top court had earlier convicted Mallya for contempt of court on May 9, 2017, finding that he had violated court orders by secretly transferring out $40 million to a trust in the US, of which his three children Siddartha, Leena, and Tanya, within days of receiving the amount from Diageo Plc on February 25, 2016, for a non-compete clause relating to the United Spirits.

Mallya wanted to put this money beyond the reach of the court which was hearing petitions by a consortium of banks led by SBI demanding repayment of a Rs 9,000 crore loan with interest advanced to Mallya and his companies.

Mallya has been living in the United Kingdom since March 2016. He is on bail on an extradition warrant executed by Scotland Yard on April 18, 2017.

Man Who Was Accused Of Rs 1,000 Crore Fraud Sold Onions To Evade Arrest