With almost all of the exit polls predicting a convincing win for the BJP-led coalition NDA, the mood of the market immediately became euphoric at the start of the week. The Sensex wavered around 1,421.90 points to close at 39,352.67.

Experts believe that the verdict of exit polls favoring clear mandate for another term for Narendra Modi as the PM has caused these enhanced activities in the stock market.

Nifty 50 & Bellwether indices both recorded their respective biggest one-day gains. Bellwether recorded its biggest gain in one day in the last six years as it soared to touch 39,412.56 marks before the investors started to reap benefits from this sudden gain.

Similarly, another index that gives a clear perspective of the broader market, Nifty 50 soared 421.10 points to register its biggest gain for a single day in a decade closing at 11,828.25 points, an up by 3.69% than the previous record.

The CEO of HDFC Securities and MD, Dhiraj Relli said, “The Nifty is just shy of its all-time high of 11,856.” During the entire phase of polling just like the voters and the country as a whole, the entire stock exchange was also going through a tense phase.

But the predictions of exit polls triggered off a new surge of energy into the stocks again with the collective shareholder wealth on the Bombay Stock Exchange going up by Rs. 5,24,152.65 crore. As the stock market opened after the predictions of exit polls, 66 stocks hit their 52-week highs on the BSE including ICICI Bank, HDFC Bank, Kotak Mahindra Bank, DCB Bank, Titan, and Bajaj Finance. Importantly, it is the time for the investors to select their stocks sagaciously because the market is going through a volatile phase with 151 counters sinking to their one-year lows.

The predictions also rubbed off a bit on the value of rupee which gained a two-week high against the US dollar at 69.74. 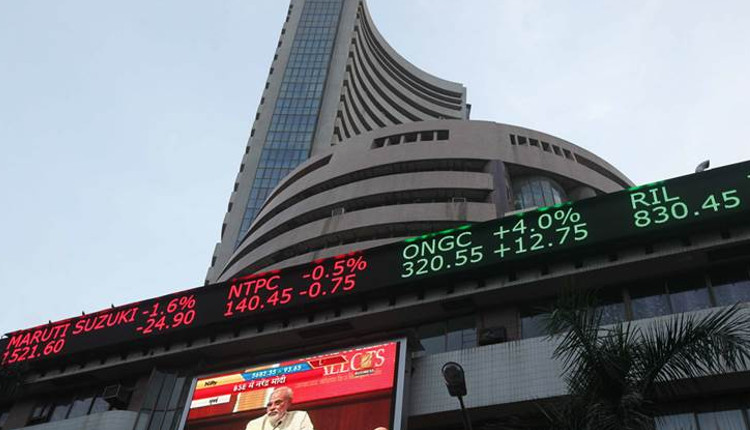 The Chief analyst, technical and derivatives at Angel Broking, Sameet Chavan said, “It is quite rare to see that no one (in the Indian markets) is bothered about what’s happening in the global markets and whether the US President has sent any tweet or not.”

In its research note, Kotak Institutional Equities said, “The exit polls will be seen as a modest positive for the Indian stock market as it was largely factoring in the return of the BJP-led NDA government.” According to brokerage CLSA, “More outperformance lies ahead for the Nifty if the exit poll predictions are right.”

CLSA also noted that if the new NDA government comes with the mandate as declared by the exit polls, it may not immediately focus on reviving the economy as its first priority would be the poor farmers and agrarian distress. It can thus serve as a downside for the stock market.

A report from Morgan Stanley says, “If the actual results are a fragmented verdict, then equities could take a meaningful hit.”

All these are just predictions and probabilities and the exact picture will be clear only on May 23 and thereafter.

Reasons Why One Should Download Vidmate App – The Best Video...

Top Exercises for Men to Lose Weight You Should Definitely Take...