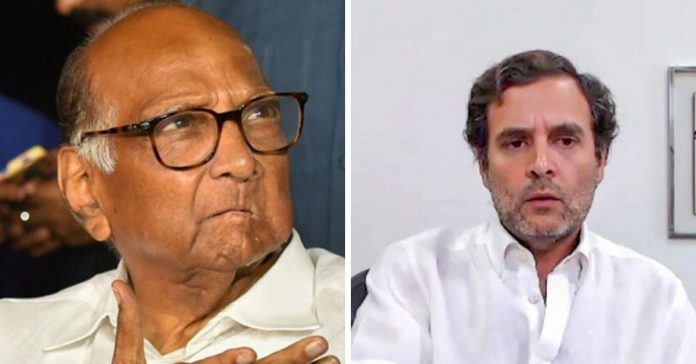 As the Bharatiya Janata Party and the Congress Party indulge in a war of words about the Indo-China dispute, the chief of NCP Sharad Pawar has come out and said that there should no politics in national security.

On Saturday, Sharad Pawar said in an interview that in terms of national security, there shouldn’t be any politics. As BJP and INC blamed each other for the Indo-China dispute, Sharad Pawar reminded everyone that during the 1962 Indo-China war, India lost 45,000 square kilometers to China. This comes in the wake of Sharad Pawar’s NCP involved in the Maharashtra government alongside Shiv Sena and Indian National Congress both of whom are attacking the BJP.

This also comes as a response to the statement made by former President of the Indian National Congress, Rahul Gandhi who attacked Prime Minister Narendra Modi and accused him of surrendering Indian territory to the Chinese forces. Pawar also said that the Galwan valet face off cannot be termed as a failure of the defense minister yet as the Indian soldiers were alert during patrolling.

In the interview, he started speaking after acknowledging the entire episode with China as a sensitive issue. He also said that it was India who was a provocateur in this instance. He said,

“What happened was they (the Chinese troops) tried to encroach on our road and were pushed physically. It was not somebody’s failure. If somebody comes (within your territory) while you are patrolling, they may come at any time. We cannot say it is the failure of the defense Minister sitting in Delhi. Patrolling was on there. There was a scuffle, which means you were alert. Had you not been, you would not even have realized when they (Chinese troops) came and went. Hence, I don’t think it is right to make such an allegation at this juncture.”

He reminded everyone about the episode of 1962. He said that the Chinese had taken 45,000 square kilometers of Indian territory during the war. He said,

“That land is still with China. I don’t know if they have encroached on some area now again. But when I make an allegation, I should also see what had happened when I was there (in power). If such big land was encroached upon then, it cannot be ignored. It is a matter of national security and it should not be politicized.”