There are many successful people around us who started from scratch but what made them successful? Here are a few Daily Habits of Successful People in the World.

1. Early to bed and early to rise:

Whether it is our Indian Prime minister Narendra Modi or Tim cook CEO apple, they wake up early and they go to bed soon. In fact, whenever you will read a biography of rich and successful you will find this trait in everyone.

In one of the interview, Michelle Obama told that she only advocates healthy eating, a diet that should include natural protein, vitamins minerals etc. If you eat healthy to stay healthy and be more focused on your work.

3. Being positive no matter what comes:

Success doesn’t come easily, you can be stripped down to roads, but if you stay positive and you never lose hope and you will surely see the success sooner or later.

All the successful people are focused on their goals and proactive to achieve them they don’t waste time, even in the free time they read and learn new things.

5. Complete clarity on their goals:

We all know the story of Dhiru Bhai Ambani – from rags to riches! But how did this happened? This happened because from the age of 16 he started working and he always knew in which direction he is moving.

6. No comparison what so ever:

Many superstars from Indian Cinema and Hollywood have quoted time and again they don’t like getting compared by others and nor they compare themselves with others neither in a good or bad way. Why? Because it makes you feel bad about yourself and if your positivity is lost your success is too.

You will never see any successful people hanging around with fools. They spend time with likeminded people.

Jack Dorsey, founder of twitter once told that he plans his day in advance and gives time to each of his company daily, he plans to make strategies and ensures to follow them. He said this is the only way to be successful, work hard and utilize your time.

Recommended: 15 Things You Don’t Have To Say Sorry For And Be Guilty About

9. Living in Comfort zone is a complete no-no:

Even a caterpillar has to leave its cocoon to turn into a beautiful butterfly. If you want to become successful then you will have to leave the comfort zone that makes you feel secure and start walking on the harder path.

If Florence Nightingale – “the lady with the lamp” had followed what her father said and got married instead of becoming a nurse it wouldn’t have been so. Kris Kristofferson a famous songwriter, Lloyd Nola a successful actor are also similar examples who followed their heart. So, if you want to be successful then you better do what you like, and not what others and make your own way if you don’t get any support.

11. Role model and one mentor:

John C. Mather, an American astrophysicist cosmologist, and Nobel Prize winner has quoted: “a mentor enables a person to achieve, A hero shows, what achievement looks like.“ Every successful person has a mentor and a role model who they look forward in difficult times and they learn and follow them. 12. No chance of following the crowd:

If you read the stories of great scientist you will see that they always break the old thoughts and myths and invented new things. What if scientist followed the church and instead of making new discoveries we would have never known that earth is round and there are 9 more planets in our galaxy, and if the person who invented the first airplane had followed them crowd and believed in them that flying is impossible he would have never get through his invention. So, never follow the crowd to become special make special decisions.

13. They never make any decisions in haste:

You will never see any successful person working in haste, they think twice before making any decision and they take they do all the research before reaching any point.

14. They take risks despite knowing them:

Many-many successful people across the world have taken risks in their lives, career choices, business, and they did what everyone said not to do and the result was in front of them. Taking a risk after analyzing the situation is an art, you will have to learn the hard way. The family is the biggest support system, sometimes the difference in opinion may arise among family members but leaving them is not the solution. Successful people will never leave their family if their family is against their decision they follow their path silently and make them realize that they were wrong.

We hope that you found this post inspiring and motivating. Dream Big and make it happen. 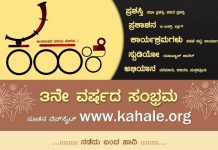 Jamia Student & Her Family Hold Anti-CAA Placards At Her Wedding...