Is there a male singer who has created a Guinness world record for recording a maximum number of songs in his lifetime? Do you know any singer who has been a voice for legendary actors of Indian cinema? Can you take a name of one singer who has won the National award in four different Indian languages? Well, there has to be only one name and that is Mr. Shripathi Pandithadradhyula Balasubramanyam or simply put, the great S.P.B. We have grown up listening to his songs and today, we are here with a few interesting things about S P Balasubramaniam. Come, let’s take a read.

SP Balasubramanyam is a gifted singer who has got that power of mesmerizing the audience with his magical voice texture. With an incredible versatility he puts in his rendition, SPB was the first choice of every music director in 80s, 90s and early 2000. From being a voice to greats like Dr.Vishnuvardhan (Kannada), Kamal Hassan (Tamil), Rajnikanth (Tamil), Salman Khan (Hindi), Mohan Lal (Malayalam) to have performed like an actor on the mic, the journey of SPB will remain as a remarkable one in the history of Indian music.

An Engineering Dropout to a Singing Maestro

Dr. SPB enrolled in JNTU, Ananthpur to pursue his engineering and for reasons, he had to drop out of the college. He was very much interested in academics but you know, he was born to sing. He joined Associate Member of Institution of Engineers, Chennai and at the same time, he used to perform and participate in several musical competitions. A time came when he won a competition which was judged by S.P Kodanadapani and the great Ghantasala. Later on, S.P Kodandapani became his mentor and guru, the rest is history. A Musical Troupe with Maestro Illayaraja

It is not a known fact that SPB headed a music troupe where there was Anirutta on Harmonium and Illayaraja on guitars and percussion. This association with Illayaraja continued for years and in 1966, SPB was introduced to film music (1966) with Sri Maryada Ramanna under his mentor Kodandapani. Within no time, he made his debut in Kannada, Tamil, and Malayalam to become India’s most versatile playback singer. It is said that the singer was personally selected by MGR to sing ‘Aayiram Nilave Vaa’ in the film ‘Adimai Penn’ with Jayalalitha and MGR himself in the lead roles. This one particular song became such a hit that it opened the doors of opportunities for SPB, as a singer in the industry. By now, SPB had already surpassed and took the position of greats like TM Soundararajan and P.B Srinivas, in a good way. With this, an Era of SPB had begun and it lasted for more than 50 years. The Magical Combination of SPB and Illayaraja

You find no Indian music lover who is not a fan of this miraculous combination of Illayaraja and SPB. This goes 100% true with SPB’s combination with AR Rahman. There is no exaggeration to say that SPB’s popularity of those times played vital roles in the career of Raja Sir and ARR and even they have spoken about this in various interviews. From the time of ‘Annakili’ which is Raaja’s first break in the industry to number of films which followed, SPB became an integral part of Raaja’s music. This combination has given some of the classic hits and it includes Saagara Sangamam (Telugu), Rudraveena (Telugu), Chinnamani Poove (Tamil), ‘Malaiyoram Veesum Kaatru’ (Tamil) and many more.

Balachander’s Telugu hit ‘Marocharitra’ got remade to Hindi as ‘Ek Duje Ke Liye’ and Lakshmikanth Pyarelal (LP) scored the music for the Hindi version. Everything was set but Balachander laid down a condition to LP that SPB will sing all the male songs for the movie. The South-Indian singer who is known to be a great fanatic of Mohammad Rafi Saab used the opportunity and put such a magic to LP’s compositions that he fetched a National award for it.

Next cut, SPB became a popular name in Bollywood. He became the voice of Salman Khan in films like ‘Maine Pyaar Kiya’ and ‘Hum Aapke Hain Kaun’ along with his duets with Lata Mangeshkar; the magic spread over. All of the songs he has sung in Bollywood are an evergreen hit including his latest one in Chennai Express. Who knew that a young passionate musician who used to compose jingles and play keyboard for Illayaraja and several other composers will go and win an Oscar one day. It was A R Rahman who got his first breakthrough Roja and SPB was right there as a reason for the success of the album. By rendering as many as three numbers in the film, SPB’s association with Rahman was a great hit in the industry. Since then the duo has worked on so many projects and the recent one being ‘Ballelakka’ in Shivaji.

SPB has worked with all the music directors of his time and some of the popular names are G.K Venkatesh, Ranga Rao, Rajan Nagendra, Deva, Vidyasagar, Keeravani, Rajkumar, Hamsalekha, and others. From the late 70s, 80s to late 90s, you name any actor and mention any movie produced in Sandalwood, SPB is a part of it. The singer has worked with all the ace music directors of the industry however his association with Hamsalekha has been the best of all. He has delivered chartbusters in a countless number of Kannada movies and today, Karnataka has accepted him in a way that SPB has become a part of this land’s culture and heritage. Also, he has won a National Award for the best playback singer for the film ‘Sangeetha Sagara Ganayogi Panchakshari Gavai.’ When SPB was preferred over KJ Jesudas and Bala Muralikrishna

Yes, we are talking about Shankarabharanam. SPB had to face a difficult time when music director K V Mahadevan preferred him over acclaimed classical and film playback singers like Jesudas and Bala Muralikrishna to sing for ‘Shankarabharanam.’ It was an acid test for SPB as he was asked to sing all the songs which were high on classical notes. With no grounding in classical music, SPB had to burn his night oil. All the efforts and the Saadhana he showered never went in vain and the songs turned out to be chart-busters. Shankarabharanam was released in the year 1980 and the trio of K V Mahadevan, SPB and Vani Jairam bagged National Awards that year for best music director, best male playback singer and best female playback singer respectively. This is an instance which shows how hardworking and dedicated S P Balasubramanyam was towards his music and work.

SPB holds a record for recording a maximum number of songs in a day. Yes, the singer has recorded 21 songs in the span of 12 hours for a Kannada composer Upendra Kumar. Also, he has recorded 19 Tamil songs in a day and 16 songs a day in Hindi. Guinness World Record for Most Number of Songs

SP Balasubramanyam holds a Guinness record for singing the most number of songs in a lifetime. With an average of 930 songs a year or nearly 3 songs a day, SPB has sung 40,000 + songs and till date, it remains to be an unbeatable feat by any singer in the world. Along with this, SPB also has a number of private albums to his credit. SP Balasubramanyam is one of the few singers who has won six national awards over four different Indian languages. SPB as a Music Director and an Actor

Apart from singing 40,000 + songs, SPB has also been a music director for 46 films in four different languages (Telugu, Tamil, Kannada, Hindi). Some of the notable works among them are Padamati Sandhyaragam and Thurpu Velle Railu. As an actor, SPB has worked in 72 films in three languages. One interesting thing to note here is that SPB can fluently speak all the major South Indian languages

Besides these, SPB has also given voice to artists like Rajnikanth, Kamal Hassan, Salman Khan, Mohan, Girish Karnad, Gemini Ganesan, Karthik, Raghuvaran, and others. Its been an incredible journey and we wish him all health and prosperity for rest of his life. 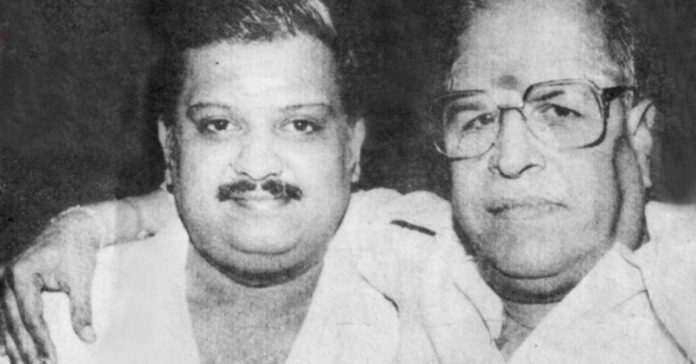 Which is your favorite song sung by SPB? Let us know in the comments below.

10 Popular And Local’s Favorite Rava Dose Places in Bengaluru You...

Made For The Lady: Tips In Choosing The Perfect Watch