Upendra is returning to direction after several years with the upcoming film ‘UI’. The posters of the film, which are now viral, have been released on social media. Fans who have seen the posters of ‘UI’ are more confused than excited.

The movie launch of Upendra’s upcoming directorial, titled UI was held on Friday morning. Actor Shivarajkumar attended the event as the chief guest, among other celebs including Kiccha Sudeep, Duniya Vijay, Dhananjaya, and Vasishta Simha.

Upendra is returning to direction after seven years. His last directorial was ‘Uppi2′ released in 2015. Since the expectations for the upcoming film have skyrocketed, the movie launch event has attracted viewers’ attention.

The film was launched on Friday at Bhandemahakali Temple in Gavipura Guttahalli, Bengaluru. ‘Tagaru’ and ‘Salaga’ fame producer K P Srikanth along with Lahari Films officials also attended the pooja. Interestingly, Upendra had placed ‘Naama’ on the foreheads of the producers which shows the theme of the film. Placing a naama on the forehead usually denotes that one is getting ‘cheated’. And Uppi bringing producers to the event with naama shows how sarcastic the actor can be.

The poster for the upcoming film features a concept design that mimics the mysterious symbol ‘UI.’ The presence of a horse-like animal with other parodies in the poster, gives a hint about the story. In another poster, Upendra has shown a human brain, bounded by two thorns. Upendra captioned this poster as a ‘storm of intellect’. Fans have turned their heads to see this poster. Upendra shared the new posters and posted the hashtag ‘Cinema’. This is what the name ‘Nama’ dough has been haunting the fans. 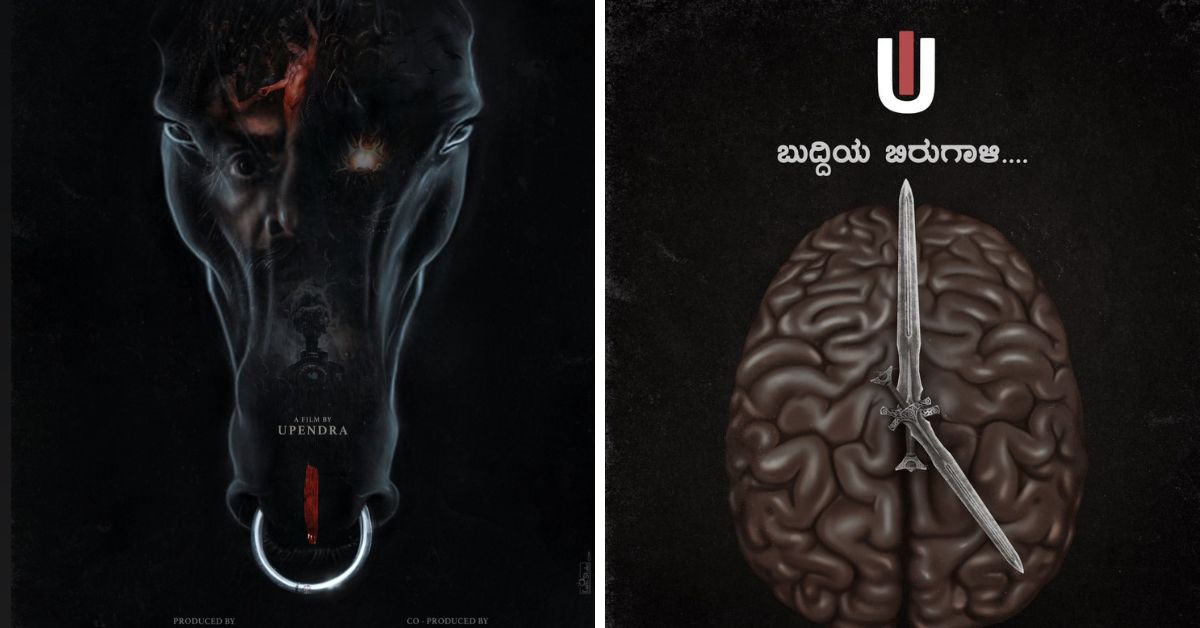 Star actors Kichcha Sudeep, Shiva Rajkumar, Daali Dhananjay, Salaga Vijay, and others attended the grand launch event. Kichcha Sudeep was the first one to speak about the film after a grand pooja ceremony. He said, “I am here as a fan and not as a performer. Working with a legend like Uppi is something very big for me. I am very happy that Upendra Sir is back directing a film after several years. The posters look good and interesting, I hope Uppi sir will get the film on screens as soon as possible.”

With immense energy and a charming way to answer the reporters’ questions, Upendra’s liveliness was missed for several years. Speaking about the film and the return as a director Uppi said, “It is you people’s love that has forced me to return as a director. I will keep working hard to make good content and entertain the audience. Initially, I wanted to do this movie all by myself but K P Srikanth along with Lahari Films came to me and reduced my workload. The film is planned to release this December and the members of the film will slowly be announced as the film progresses.”