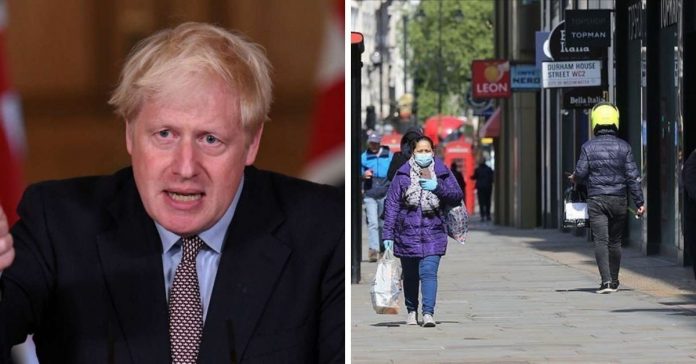 The United Kingdom Prime Minister Boris Johnson announced a month-long lockdown again in the country calling it a shift in strategy.

Reportedly, the decision came after multiple hospitals warned about it being overwhelmed if there aren’t any stricter actions taken against the rapid rise of the coronavirus cases. In the new lockdown, people are asked to stay home except for essential duties like work, education, and exercise. Other shops not offering essential services will be closed. Contrary to the previous lockdowns, schools and colleges will be open. Hotels and restaurants will offer only takeaway food. Prime Minister Boris Johnson said,

“Now is the time to take action because there’s no alternative. We have got to be humble in the face of nature. In this country, alas, as in much of Europe, the virus is spreading even faster than the reasonable worst-case scenario of our scientific advisers.”

Along with the lockdown, the British government will also provide a financial support scheme to help businesses to help them pay employees for an additional month of December. In an unexpected spike, Britain recorded over one million cases as more than 22,000 new infections were recorded on Saturday alone. This is the highest daily tally since April.

Backlash Against The Decision

Chief Medical Officer Chris Whitty said that the hospitals of the intensive care units as well as ventilator capacity are likely to be overwhelmed in a month. Going further, Chief Scientific Adviser Patrick Vallance claimed that the potential deaths can be more than twice as opposed to the first wave of the pandemic.

The United Kingdom has already been the hardest-hit country in Europe along with Spain and Italy with over 47,000 deaths as 326 deaths were recorded on Saturday alone. While there has been criticized by many, Johnson defended by saying,

“It is true that the course of the pandemic has changed and it’s right that the government should change and modulate its response in accordance, and I make absolutely no apologies for that.”