Bengaluru traffic is a legendary space which transcends you to a different level of patience. One of the funny traffic quotes “Now, I can compete with Buddha, you know!” The traffic here is so impartial that it will not spare anyone, no matter what. It has become so inevitable that Bengalurians have got used to it and maybe, they may go mad without getting stuck in the traffic. Anyhow, if we have to travel in the city then we have to bear the traffic. Sometimes, the frustration level crosses its limits and all the anger turns to Sarcasm. Some of the popular traffic quotes by Bangaloreans

I just satisfied my ego by overtaking a jaguar with my Honda activa on the way to office.. Thanks #BengaluruTraffic for this.. ??

6 years ago I was an average guy with limited knowledge on a lot of things. Then I moved to #Bangalore, specifically #ORR. Since then, I have cracked CAT, read many books, understood the meaning of life, universe & everything else. Thank you #bengalurutraffic!! #stuckintraffic

Yesterday, after finishing my office work I left for home in my car. On the way I saw my neighbour walking on the footpath. I offered him a lift. He politely refused saying he is in a hurry.

People in #bmtc are standing so close to each other that it feels like they almost become one person with different destinations.. #BengaluruTraffic

7:30 AM #NammaBengaluruTraffic I am so addicted to this traffic. What will I do if I go to a well planned city
?? pic.twitter.com/WszgqNjJLA

If you are in Bangaluru and relying on BMTC bus to take you to your destination on time, the joke is on you. #BengaluruTraffic #WhereAreTheBuses

Not all those who wander are lost…some are just looking for parking spaces. #bangalore #bengalurutraffic

All men who drive alone in a car and then complain about #BengaluruTraffic , grow a pair and ride a bike!

There are people who believe that just by blowing nonstop horn, the entire traffic gonna be cleared off. #bengalurutraffic 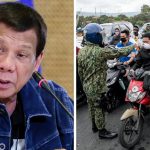 Rahhams, A Go-To-Place In Bengaluru For One Of City’s Best Mutton...

The Dark Side Of Being An Entrepreneur

These Devastating Clips Of Cyclone Fani With Winds Gusting At 120...