Chamarajanagar is home to dense forests, to hills and to birds, animals and greenery alike. It is also famous for the Shivanasamudra falls. It is in these forests that Veerappan, the notorious bandit, had taken shelter from the law. MetroSaga brings to you the best of Chamarajanagar – in and around.

Top Things To Do In Chamarajanagar

Once a hunting ground for the Maharaja of Mysore, Bandipur National Park was upgraded to Bandipur Tiger Reserve under Project Tiger in 1973. This is one of the premier tiger reserves in the country because of huge tiger population. You can spot a lot of flora and fauna in this dense reserve. The island town of Shivanasamudra divides the Kaveri into twin waterfalls. The Shivanasamudra falls is a perennial waterfall and flows best during and after the monsoon. These falls contribute not only to the tourist locations of this place but also to the power generation for the entire village. The falls adds to Indian power economy because it help in running India’s second largest hydroelectric power plant. Established in 2010, this sanctuary houses lush green forests along with wildlife which you wouldn’t want to miss on your trip to Chamarajanagar. Wild elephants, gaur, leopards, sloth bears, and the giant flying squirrel are only a few to name. Having been declared a tiger reserve because this sanctuary is accessible to visitors via a safari which starts at K Gudi. Home to the Mahadeshwara temple, the Male Mahadeshwara hills are an important part of Chamarajanagar because of various reasons. There is an interesting story behind the temple, which is said to be one of the most powerful Shiva temples. This place draws a large number of devotees and pilgrims from both, Karnataka and Tamil Nadu.

It is said that Saint Mahadeshwara was an incarnation of Lord Shiva himself and that the linga present in the temple is actually the saint, who continues to meditate in this self-manifested form. The Gopalaswamy hill lies in the core area of the Bandipur Tiger reserve. It is also the highest peak in the reserve and is surrounded by a dense fog throughout the year. This is why it is known as Himavad Gopalaswamy Betta. For people willing to visit the temple at the top of the hill, there are certain items allowed to be carried, in nonplastic bags. Visitors are allowed only between 8:30 am till 4 pm. A must-visit temple in Karnataka, Chamarajeshwara Temple is a splendid reminder of the magnificence of Dravidian architecture. Adorned with intricate artwork depicting gods and goddesses, this place is a paradise for devotees and art lovers alike. Known as the Niagra Falls of India, this waterfall is known for its spectacular beauty, which it creates in the mist as the water hits the rocks. Bathing areas are present at the foot of the falls because it allows visitors to dive in and add more to their vlogs. This waterfall also offers tourists a chance to go for boating in the summer, which is when the flow of water is weak and safety is assured. A Tibetan monastery, this place offers one of the best spots for meditation and a break from the complexities of city life. Inaugurated by the Dalai Lama in 1992, this monastery is large enough to accommodate ten thousand people at a time! A unique sighting in the southern states of India, this place is a must-visit. The Gundal reservoir and the dam offer serenity in abundance. This is where you can stop by to relax and unwind, as the wind blows through your hair. This calls for a picturesque location with a chance to swim as well, which will leave you awestruck. Don’t miss a chance to drive down to Chamarajanagar to make lasting memories and to tick one off your bucket list!

How to Reach: Train from Krantivira Sangolli Rayanna (6 hours approx.) or NH275 by road.

News Nesara V Jagannatha - April 7, 2020
0
US President Donald Trump has warned India of retaliation if it refuses the export of the anti-malarial drug Hydroxychloroquine, which is seen as a... 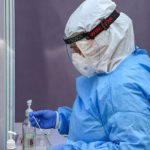 8,000 Guests Including High-Profile World Leaders To Attend Swearing-in Ceremony Of...

These Two Poems of Jayanth Kaikini Will Make You Wonder How...