It was a moment of joy for the Indians as the Women’s Indian hockey team defeated Japan 3-1 on their home turf of Hiroshima to win the FIH Women’s Series Finals. Indeed it was a historic moment with Gurjit Kaur marking 2 of the 3 goals whereas Rani Rampal, the captain scoring the third one.

However, the hockey player who attracted more attention was the 19-YO Lalremsiami whose father died just before the final match but she decided to play the final match so that India does not miss her skills on the turf. 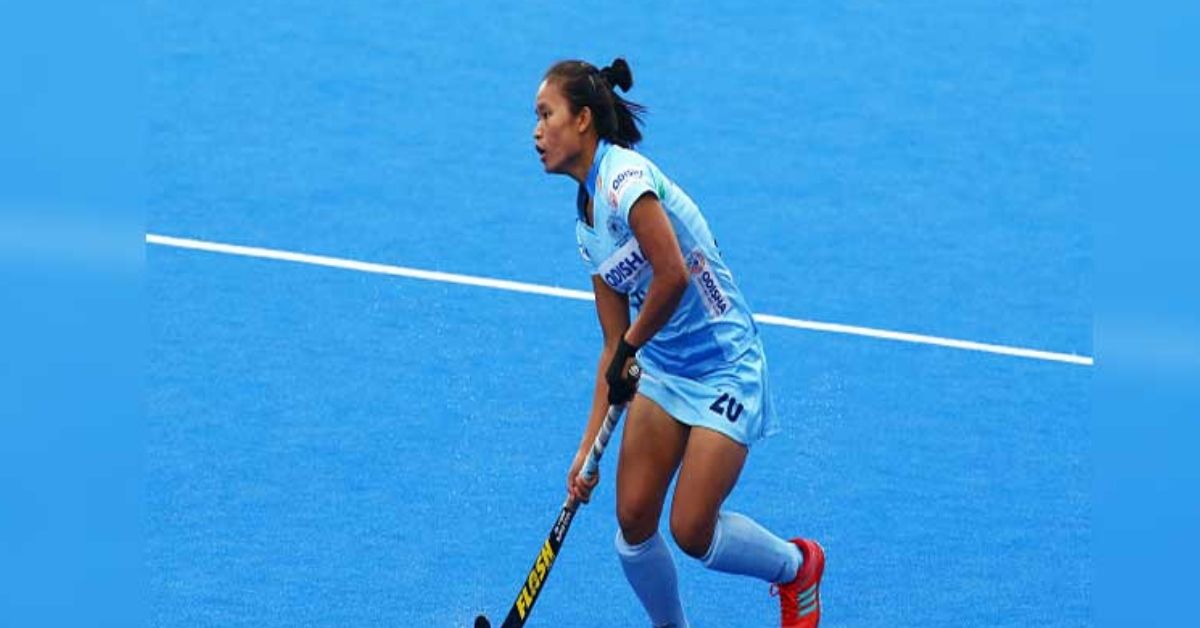 Lalremsiami Puts Country First Over Self

Just before India was about to play its final match of the series with Japan, father of this player from Mizoram, Laithansanga Zote died due to a heart attack. Despite getting this sad news, the young hockey player decided to play the finals in Hiroshima helping India win the tournament. The girl from Mizoram’s Kolasib district returned home a few days ago from Japan and paid tribute to her father.

She received a warm welcome from locals who respected and appreciated her for making them all so proud. Not only the people from Mizoram but entire India is appreciating her courageous decision. The head coach of the team, Sjoerd Marijne had offered her the option of flying back to India to attend the funeral of her father.

“She told me, ‘I want to make my father proud. I want to stay, play and make sure that the team qualifies.”

Marijne further added, “Every player went and hugged Siami after the match. It is not easy to deal with a big loss at such a young age. And even though she didn’t score, she gave everything for the team. Indians should be proud of Siami.” Even netizens took note of Lalremsiami’s courageous decision to stay back shared some appreciative posts.

Lalremsiami's first reaction on hearing the news of her father's demise was to go home. But the teen told coach @SjoerdMarijne she wanted to stay, fight & win for India. She did just that, & the team is now more motivated to win title for her & her father https://t.co/FTkPcoq4RX

Indian women hockey player Lalremsiami's father expired when India was to play a crucial semifinal at Hiroshima that would determine if India's Olympics dream would be alive. She told coach, 'I want to make my father proud. I want to stay, play and make sure India qualifies??? pic.twitter.com/V9tlE84z4K

19 year old striker Lalremsiami, stayed back with the Indian women's hockey team to play the semifinals of the FIH Women's Series despite losing her father a day before the big game! The team went on to win the ?

This is an appreciation tweet for this wonder girl Lalremsiami. pic.twitter.com/EU1qaofBc6