Hamsalekha is one of the finest music directors of Kannada Film Industry and a profound writer who is a reason behind the most number of Blockbuster songs in Kannada. You take any song which came in the 80s, 90s, and early 2000, Hamsalekha is just there out in front. From Premaloka to Naanu Nanna Kanasu, the journey of Hamsalekha in all his highs and lows is brimmed with innumerable stories to share and cherish. He is an artist who literally ruled the industry for more than two decades embracing the interests of people from all walks of life. Today, we are here with few Interesting things about Hamsalekha. Come, let’s have a read.

One Name Many Facets

Hamsalekha is an Indian Film composer and a songwriter who has changed the way the music was done before in the industry. He is one of the few gems of Indian Music who is a rare and a hit amalgamation of Composer and a Writer. From composing the most number of blockbuster songs to writing the quirky and profound lines, he is also known as an eminent screenplay writer, dialogue writer, and an ace Instrumentalist. Hamsalekha is referred to as ‘NadaBrahma’ and this title is an ode to the kind of work he did in the music of Kannada film industry. He was responsible for the major cause for the change in the music composing and lyric writing style, finely tuned to appeal much to the younger generation. He is also known for integrating folk music and introducing western musical sensibilities to the mainstream cinema. With more than 300 films to his credit, Hamsalekha is also accredited for introducing many musical talents to the industry. Hamsalekha’s real name is Govindaraju Ganagaraju and he was born in Mysore. He started his career in his father’s printing press and later to join his brother’s orchestra group. With a huge flair for writing poetry, he renamed himself as “Hamsalekhani” as he always used to write with ‘Swan’ (brand pen) given by his Guru, Lavani Neelkanatappa. Later, his teacher modified his name as “Hamsalekha”. He was introduced to feature films by Director M.N Prasad to write a song for his movie named Triveni (1973). However, his first release which got released was Neena Bhagavantha picturized on Actor Uday Kumar. He debuted as a music director through an unreleased film titled Rahuchandra in 1981 but officially, his first work as a dialogue and lyric writer was for the film Naanu Nanna Hendthi (1985). Years later, his popularity soared only after his association with actor-director V. Ravichandran through Premaloka. Hamsalekha and his Style of Music

After the massive hit of Premaloka and its music, Hamsalekha became one of the most breeding music directors in Kannada film, with a series of hits. Hamsalekha and his music have its own style and design. He brought western, pop, rock, hip-hop, Indian classical, ghazals, Sufi, and folk together in a way that it wasn’t tried before. From Ghazal genre Chandakinta Chanda, Philosophical Le Le Marula, the patriotic Huttidare Kannada Nadalli to the naughty Kaayi Kaayi NuggeKai Mahimege, there is nothing that Hamsalekha has not tried and succeeded. He has also composed music for several Telugu and Tamil films. Association with the Legendary Artists 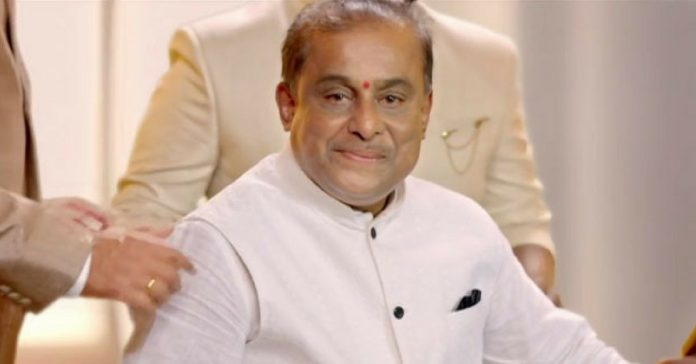 This is one of the legendary Kannada songs composed by Hamsalekha and sung by the one and only Dr. Rajkumar for the movie Aakasmika. It got so popular that it became an unofficial anthem of Karnataka.

It so happened that one day when Hamsalekha, Nagabharana, and others were in Dr.Raj’s house working on the music, Dr.Raj walked to them in his authentic White and White attire. Looking at the grandeur of Dr.Raj, Hamsalekha exclaimed, “Huttidare Rajkumar Thara Huttabeku” which caught the attention of everyone present in the room. Later on, this particular line inspired Hamsalekha to write the legendary “Huttidare Kannada Nadalli Huttabeku” song. When Ravichandran decided to make Ranadheera, a remake of Hindi movie, they decided to inherit the same tracks with Kannada lyrics. It was composed by the legendary Lakshmikanth – Pyarelal and Hamsalekha were asked to write dialogues for the movie. However, Hamsalekha was not ready to use the same tracks but wished to compose a fresh music. After convincing the producer, Hamsalekha landed in Mysuru along with Ravichandran and composed a tune for “Yaare Hameera” song. They even got recorded the song from S.Janaki and returned to Bengaluru with the recording. The song was played to Veeraswamy (producer) at his office. He listened to the recording and ordered two coffee and played music from another recorder. It was premaloka songs. Hamsalekha and Ravichandran had no clue as to why Premaloka songs were played. Veeraswamy said, “This is what I expect from Ravichandran and Hamsalekha, the song you have recorded is usual, there is nothing special in it.”

Later on, while thinking on a new tune, Hamsalekha composed “Yaare Neenu Sundara Cheluve” in a moving train. He said in one of his interviews that the sceneries around and the moving train inspired him to make this tune.

He was not just confined to Music direction. He was an ace dialogue writer and screenplay writer. Some of his popular works are Premaloka, Ranadheera, Avane Nanna Ganda, Yuga Purusha, Halli Meshtru, and Gandharva.

Hamsalekha has mentored so many talents and some of the popular ones are Anoop Selin, Chetan Sosca, Hemanth Kumar, K. Kalyan, Nanditha, Rajesh Krishnan,
V. Harikrishna, V. Nagendra Prasad, and V.Sridhar. There is no edge to the awards received by Hamsalekha. He has been conferred the honorary doctorate award by the Bengaluru University in the year 2014. He has won the National Award for Best Music Direction for the movie Ganayogi Panchakshari Gavayi coupled with 6 Film fare awards and 5 State Awards. Hamsalekha is also honored with Dr.Rajkumar award, Rajyotsava Award, Nandi Award, Kempegowda Prasashthi and many more. We express our deepest sense of gratitude to the true legend. Happy Birthday to Hamsalekha.