MetroSaga
Home Movies The Title Of Rajinikanth’s Next Film ‘Thalaivar 169’ With Director Nelson Has... 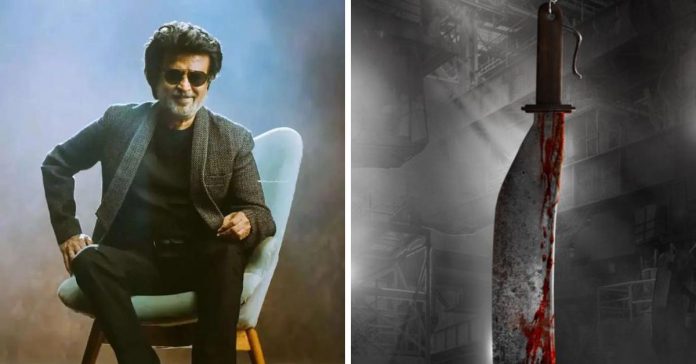 The title of Rajinikanth’s next film with director Nelson has been revealed. The film is bankrolled by Sun pictures and is expected to release in April next year. Reportedly, Rajinikanth will start shooting for this film in August 2022.

Rajinikanth has joined hands with Nelson Dilipkumar for his next film Thalaivar 169. The news about the next project was officially launched a few months back with a teaser. Now the official update from the makers revealed that Rajinikanth’s film with Nelson is titled ‘Jailer’.

The makers of ‘Thalaivar 169’ surprised the fans with an update announcement hinting at Rajinikanth’s film yesterday night and stirred up the buzz for the film. ‘Jailer’ is the title for ‘Thalaivar 169’, and it was released with a special poster.

The first look poster of Jailer features a broken weapon, with bloodstains on it, hung upside down in a workshop. Additionally, the poster hints that the film will be an action drama, and it’s going to be a different genre from Nelson’s earlier films.

According to reports, Rajinikanth is said to be playing the role of a jail warden. Also, the makers have confirmed Nelson as the only writer of the film by adding Writer-Director in the prefix of his name on the poster. Kannada actor Shiva Rajkumar is expected to play the antagonist in ‘Thalaivar 169’, and the battle gets stronger as the two expert actors face each other. Meanwhile, the shooting will begin in July, and it’s going to be a couple of extended schedules. The major portion of the film will be shot in Chennai, and the director has just completed the script work for the first half of the film. Anirudh Ravichander, as usual, is scoring the music for the film, while Aishwarya Rai Bachchan, Priyanka Mohna, Ramya Krishnan, and Sivakarthikeyan are reportedly to join the film’s cast.

KGF Fame Khasim Chacha Aka Harish Roy Is Battling Cancer, May He Get Well Soon!

Padayappa Reunion Is Here; Ramya Krishnan To Reunite With Superstar Rajinikanth For Jailer