We all loved KGF and Yash in it. Every bit of the movie had lived up to its hype, and this movie has already started creating new records this year! Yash, or Naveen Kumar Gowda, as his name goes, has witnessed a meteoric rise to stardom not only in Karnataka but in the hearts of every Indian – especially after his role as ‘Rocky’ in KGF: Chapter 1. Here we bring to you his journey from being Karnataka’s Anthamma to India’s Rocky Bhai.

In pursuit of his dreams, Yash left home and came to Bengaluru, where he took up the theatre. He would often meet technicians and actors in his field who helped him land roles in television shows. His first role, in fact, was in the show Nanda Gokula, in 2004, which aired on ETV Kannada. He, later on, went on to act in several shows such as Silli Lalli, Male Billu, and Shiva. Yash in the Movies

In 2007, Yash landed a minor role in the movie Jambada Hudugi, which was directed by Priya Hassan. In 2008, he worked with his present significant other and Nanda Gokula co-star in the movie Moggina Manasu. This role gave him his first Filmfare Award for the Best Supporting Actor. Later that year, he played his first lead role as Rocky, in the film titled with the same name. One Step After Other

The year 2009 got him two lead roles, one as Somu in Kallara Santhe, and as Raja in Gokula. In 2010, Yash starred in Modalasala which went on to become his first commercial solo hit. His next film Rajadhani was released in 2011, which received good reviews. His performance was critically acclaimed, even when the film’s return was below average at the box office.

The same year, his next film Kirataka was a commercial success. Yash received positive reviews for his performance in the comedy film. In 2012, Yash had two major releases – Lucky and Jaanu, both of which met with a mixed response upon release and had average returns at the box office. His next film in the same year, the romantic comedy – Drama directed by Yograj Bhat was a commercial success. The film was one of the major grossers of 2012. In his first release of 2013, Yash was seen in Googly, a romance-drama, playing a typical character opposite Kriti Karabanda. Directed by Pavan Wadeyar, the film performed well and was one among the highest-grossing Kannada films of the year. In the same year, his another movie titled Rajahuli made him a star overnight.

In 2014, he starred in Gajakesari, which was directed by Krishna, and witnessed commercial success at the box office. Yash’s next film, Mr. and Mrs. Ramachari, along with Radhika Pandit, had its theatrical release on 25th December 2014, and had started off to positive reviews and collected an estimated ₹50 crore! This movie also went on to become one of the highest grossing Kannada films and made him one of the highest paid actors in Sandalwood.

Recommended: KGF Collection in 3 Days: Surpass Zero in India with 60 Crore. Gets 300$K At The USA Box-Office In 2015, he acted in Masterpiece, which gathered mixed reviews from critics. In 2016, he starred in Santhu Straight Forward which performed well at the box-office, collecting ₹30 crore.

All his hard work and dedication have been more than evident in his journey as well as in the mighty KGF, which has catapulted him to fame amongst audiences outside Karnataka. In A First Of Its Kind, A Tiger Tests Positive For Coronavirus – Now...

News Akarsh HP - April 6, 2020
0
In a first of its kind, a tiger in New York’s Bronx Zoo has tested positive for the coronavirus. The officials of the zoo... 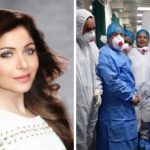 A Petition To Remove Tedros Adhanom As DG of WHO is...

Here’s Why You Should Plan For This Beautiful City Called Kalasa...

Bengaluru Shutdown: IT City Continues To Face The Heat Of Isolation