There are so many actors in the industry who comes with a sheer talent but somehow end up getting lesser attention and recognition than what they deserve. Probably it is a myth in the film industry to define a good actor as the one who acts well. An actor in the business of Cinema has altogether a different outlining. This holds true for every industry of Indian cinema and Sandalwood is not at all an exception to it.

When we say underrated actors, we are referring to those actors who are a synonym for talent but comes with a limited fan-following, reserved opportunities and lesser Industry recognition than what they truly deserve. We also have well-known actors of a statewide fame but when compared to contemporaries, they go underrated. So, here we are with a list of the most underrated Kannada actors curated under three merits; Industry recognition, Opportunities and Contemporary fame.

The Most Underrated Kannada Actors

An actor with three National film awards comes with a mesmerizing power to enthrall the audience with his method acting. He has appeared in over 80 films, mostly non- commercial but he deserved more opportunities and recognition. Rajesh is one of the finest actors of Kannada film industry who can play characters of all genres. He is in the industry for so long, acting in plays and TV serials but had to wait for years to prove his talent on the silver screen. He did a couple of movies in Sandalwood but later he had to move to other industries to get recognized. Some of his best performances came in movies like Ulidavaru Kanadanthe, Kabali, Aadukalam and Goli Soda. An actor who has won the National Award for the Best Actor is still struggling in the industry to make a mark. It is not that he is running out of opportunities but he is underrated in many ways and it is a known fact out there. Arundathi Nag is a pure theatre talent who is underrated in the film industry. If you have watched the play ‘Bimba’ then you agree with us. For an instance, take Jogi. No actress would have portrayed the role of a mother in the movie as intensely as Arundathi Nag. In the 90s, this actress was the crush of Karnataka. Suman was not just an actress of glamour but she played versatile characters to prove that an actress’ role in a movie is beyond songs and dance. Chinnari Mutta fame Vijay Raghavendra is truly the most underrated Kannada actor we have and there is no second thought about it. He had a blockbuster debut and a couple of movies which came after were equally hit. However, the actor was underrated in the industry for reasons unknown. Suchendra Prasad is the most proficient Kannada actor who is still trying his luck in the industry for a break. He is always casted in the non-commercial and low-budget movies which do not succeed to reach the mass in a big way. If you have watched movies like Bettada Jeeva, Beru, and Drishya then you would know his acting skills. Ramesh Aravind is a star actor but after a certain period of time, he ran out of opportunities. Today, how many films is he doing in a year? Almost zero. In a way, if we consider the contemporary fame and industry recognition, Ramesh Aravind is truly an underrated actor. The beautiful and equally skillful actress who went underrated in the industry. Wasn’t she glamorous? She was. Wasn’t she talented? She was. Ram Kumar is another actor who ran out of right opportunities despite giving hits like Snehaloka, Kavya, and Gejje Naada. He was the most handsome actors of that time but things did not fall in place for him. He is nowhere. Literally, he is nowhere. It is not that he didn’t prove his prowess. If you have watched his movies, say Dhimaku and Haggada Kone then you will agree with us that Naveen Krishna is truly an underrated talent. Though Ananth Nag has proved that he is an actor with multiple shades, the industry has always seen him as a Niche actor. He comes with a confined fan-following as compared to his contemporaries. Fortunately, the actor is still in the news and have been portraying versatile roles in adapting to today’s wind and trend. However, if we look at his career, it is clear that the actor is underrated and deserved much more than what he has today. Simply put, we can say that Ananth Nag is the Rahul Dravid of Kannada film industry. 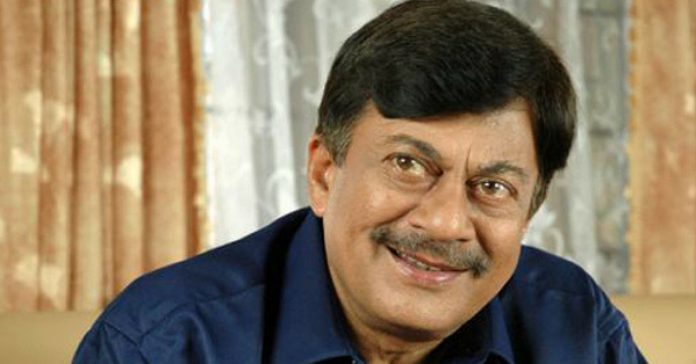 D you remember Ayyu’s character in Bhootayyana Maga ayyu? If you have watched the movie then you know the acting prowess of Lokesh. He was one of the most underrated Kannada actors who had a great potential but couldn’t recognize to optimum. Recommended: 16 Terribly Underrated Kannada Movies which are so Good that they Deserved a Blockbuster And it goes on and on.

This was our list of the most underrated Kannada actors. If we have missed any names then please let us know in the comments below with a reason as to why you think an actor/actress is underrated.