Krishna Rajendra Market or KR market is the largest flower market in Asia. The place was also the first locality in the whole of Asia to get electricity. These facts are rarely realized when one is a part of the hustle and bustle of the busy market. Once a battlefield, this is now one of the best places to go shopping for groceries. 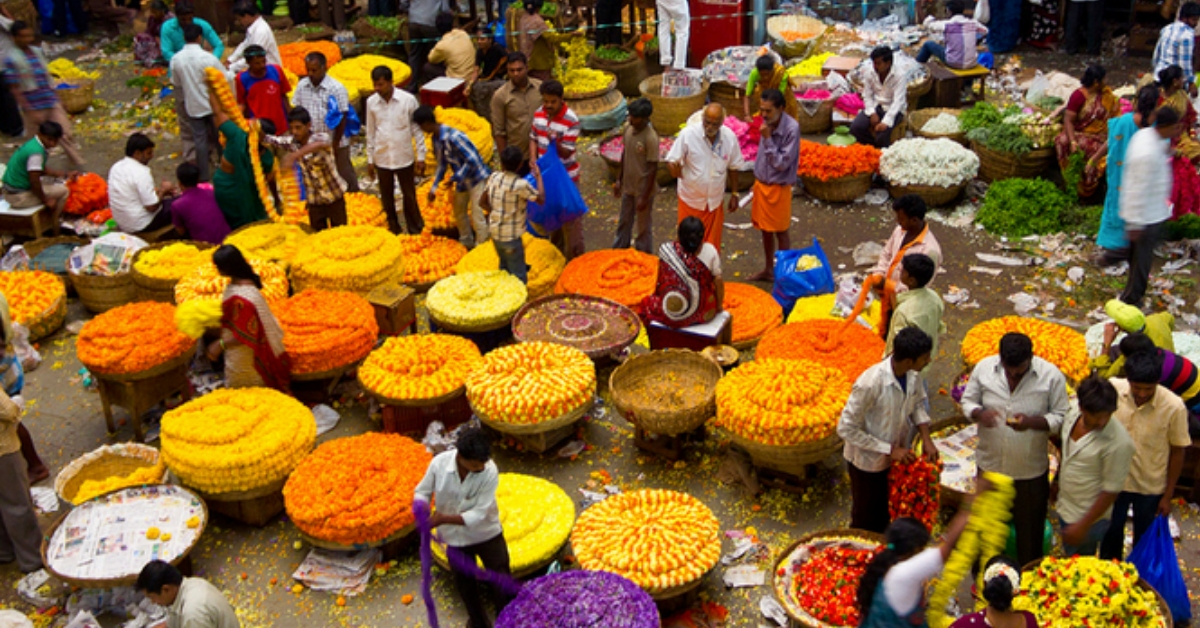 The region also has many noteworthy temples. The Cave temple in Bannerghatta Road is also known as Hulimave temple locally. The temple is located inside a cave system that is said to be two thousand years old. The temple was founded around four centuries earlier. It is a marvel that the temple isn’t well known or famous. The Bull Temple or Nandi Temple is another old temple that was erected in 1537 by Kempe Gowda. The Ganesha statue inside the temple is made completely out of butter and is remade once in every four years. There are many interesting facets of this temple that must be explored to understand. South Bengaluru has some really well-known eateries in the city. The legendary Mavalli Tiffin Room in Basavangudi continues to serve some of the best thalis and dosas in the city. Another restaurant that is always crowded is the Vidyarthi Bhavan. Both restaurants are known for their brilliant south Indian cuisine. These places are now an important landmark and known by all generations for timeless quality and taste. Perhaps the most refreshing and pleasant way to start off, Lalbagh is a botanical garden in South Bengaluru that needs no introduction. It is famous for having over a thousand species of flora including some from Persia, Afghanistan, and France. There are also different species of birds which make birdwatching a fun activity in early mornings. The Glass House from 1889 is famous for the flower shows that it hosts. The Lalbagh is also famous for the Peninsular Gneiss – a rock formation that’s over 3000 million years old! It is one of the most ancient rock formations in the world which makes the Himalayas look like a newborn. Few know of the geological wonder in our own city.

The fort used by the legendary Tipu Sultan was opened to the public in 2005. The palace was used as a summer retreat by Tipu Sultan. The place is built completely of teak wood and stone. The origins of the fort date back to 1537 when Kempe Gowda constructed a mud fort. In 1791, the British army successfully captured the fort from Tipu Sultan after inflicting around 2000 casualties. The place draws interest not just from tourists but also from historians and archaeologists. Tipu’s Fort is open from 8:30 am to 5:30 pm on all days. South Bengaluru has so many interesting places that it’s impossible to go through all of them in one article. The Bannerghatta National Park is also located to the south of Bengaluru. One of the most famous tech areas – Electronic City is also located here. Just be sure to stay away from the Silk Board traffic and you will enjoy the splendor of South Bengaluru.

Have any more important or cool places in South Bengaluru that people must know of? Do let us know in the comments down below.

Yuvraj Singh Is The Only Indian Cricketer To Score A Century...

Ever Wondered Why Bangalore renamed to Bengaluru?