MetroSaga
Home News Soni Razdan Lashes Out At Instagram For Not Protecting Her Daughter From... 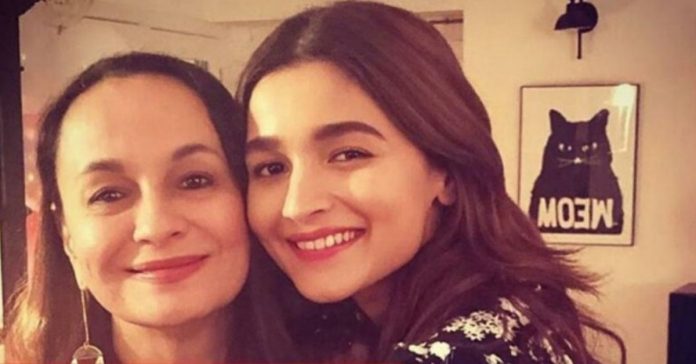 Actor Soni Razdan has echoed the sentiments of her daughter, writer Shaheen Bhatt, who on Monday called out photo-sharing app Instagram for failing to curb harassment. Soni shared a screengrab of Shaheen’s original post and wrote that social media has become ‘antisocial’.

In her caption, Soni wrote, “@instagram I do hope you’re reading this and taking some note of it. Because it really gets to the root of the issue. So easy na to let the abusers off the hook. To let yourself off the hook. To let the onus fall on the abused to take action to protect themselves. It’s basically and fundamentally ALL WRONG.”

She continued, “And it’s high time it was stopped at the source itself. And the stinking abusers get their just desserts. Social media has for too long now become the most antisocial media mainly because those running the platforms are not doing enough to prevent abuse.”

On Monday, sharing screengrabs of the hateful messages she and her sister Alia Bhatt have received, Shaheen offered stats and wrote that Instagram’s methods of tackling such behaviour were similar to victim-blaming. “Asking me to change the way I use a platform because of someone else’s hatred and misogyny is the equivalent of telling me that if I go out at night and get assaulted ‘I was asking for it’,” Shaheen had written.

Soni’s post drew agreement from her followers. Koel Purie wrote in the comments section, “Sorry you and your loved ones are at the end of this disgusting awfulness. We, humans, are capable of so much hate when we have the capacity for so much love. So sad.” Filmmaker Pooja Bhatt wrote, “I completely agree. @instagram needs to have a good, hard look at their policies. The trolls who spew venom in the name of others need to be brought to book. Why should I disallow comments and block people who are respectful and kind even in their criticism or disagreement? Abusive behaviour needs to be nipped in the bud. We shouldn’t have to change the way we live our lives.”