The former cricketer from Pakistan, Shoaib Akhtar became a butt of trolls for his ‘foot in mouth’ comment on Virat Kohli and Anushka Sharma. The popular sportsman went on to say that Virat’s marriage to Anushka was harmful to his career.

Virat Kohli did not give up the captaincy himself, he was forced to do so: Shoaib Akhtar pic.twitter.com/W4nzmMNqVh

These comments did not go really well fans there was a huge uproar from Virat Kohli’s fans and this was also the time when Vamika’s pictures surfaced online and people lost their minds over the same.
Here are some Twitter reactions against Akhtar by Kohli fans. 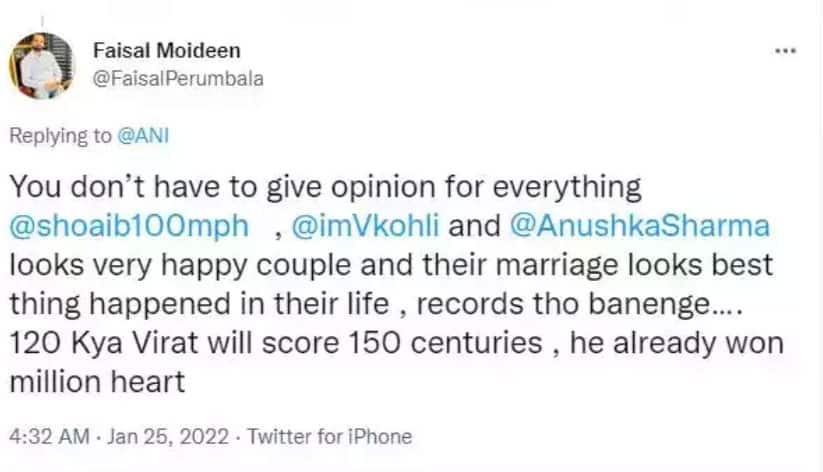 But you are not virat kohli!
So live and let him live!#ShoaibAkhtar pic.twitter.com/boDHitBNMx

Akhtar was also seen commenting on the Kohlis’ captaincy where he said that there was lobby against Kohli and hence he had to resign.