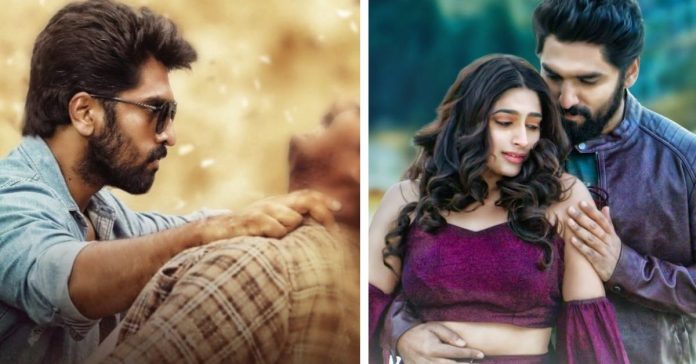 Ramarjuna is the first biggie to hit screens this year. Directed by actor Aniissh, the movie stars himself, Nishvika Naidu and Rangayana Raghu among others. Rakshit Shetty and KGF fame KRG Studios are presenting this film which has made its entrance to the theatres on January 29th.

What is Ramarjuna all about?

The makers made it clear even before the release of the film that Ramarjuna was conceived to please all the slices of the public. The protagonist Ram, played by Aniish, is an insurance agent who takes on a monumental task of safeguarding the lives of people in the slum area where he dwells. In between, we also get a love-story and some hilarious comic bits. Does the film fulfil its job?

Yes, a big yes. You feel for the characters, and consequently, you are easily drafted into the plot. Add to this, the engrossing romantic track and the rib-tickling humour, you get to have a good time at the cinemas. There are also some perfectly formulated action scenes which will excite the front-row section.

Performances of the actors

Aniissh’s hard work is apparent as he pulls off a well-written character with ease. He is a treat to watch in the action sequences. Nishvika plays a fun part, and she leaves a mark with her comic timing. The likes of Rangayana Raghu and Harish Raj also do a fine job with their roles.

For a debutante, Aniissh has done a brilliant job in the direction department. There is potential, and he has surely made us expect the next offering from his end. Music and songs are fine while the visuals are commendable. Editing is also decent in Ramarjuna. For all of you waiting to visit the theatres, Ramarjuna is a perfect option, to begin with. And, be it with your friends or with family, this film can be enjoyed with any of them. We recommend you to watch the movie at the cinema halls.