We all know that Superstar Rajnikanth started his journey from Bangalore. A journey nothing short of incredible. In this piece, we look at the Kannada films which Rajnikanth is a part of.

Garjane is a 1981 Kannada film directed by CV Rajendran. The film is about Vijay, played by Rajnikanth, who is a doctor and his journey of exposing a medical nexus which is killing children. The film also stars Madhavi as the female lead. The music of the film is by Ilayaraja. The movie was subsequently made in Telugu and Tamil. Rajnikanth, Sridevi, and Ambaresh teamed up for this film directed by SP Muthuraman. Sridevi plays Priya, a successful actress who is being controlled by her producer. Ambaresh plays her boyfriend whom she wants to marry. Rajnikanth plays the lawyer who helps Priya in getting rid of the Producer. The film was a huge success at the box office as it completed a glorious 175-day run. Thappida Tala came out in 1978 which has Rajnikanth in the lead role. The film is directed by the iconic Tamil director K Balachander. Rajnikanth plays a local thug whose weapon of choice was a bicycle chain. The film was subsequently made in Tamil as Thappu Talangal and in Malayalam as Kazhukan. It also has a small cameo by Kamal Hassan. Another Kannada film of Rajnikanth came out in 1978. This was his 25th film. He co-starred alongside Anant Nag, Aarthi, and Sharada. It is both written and directed by Peketi Sivaram. The music, yet again, is by Ilayaraja. This is one of the earlier instances where Rajnikanth played an antagonist. 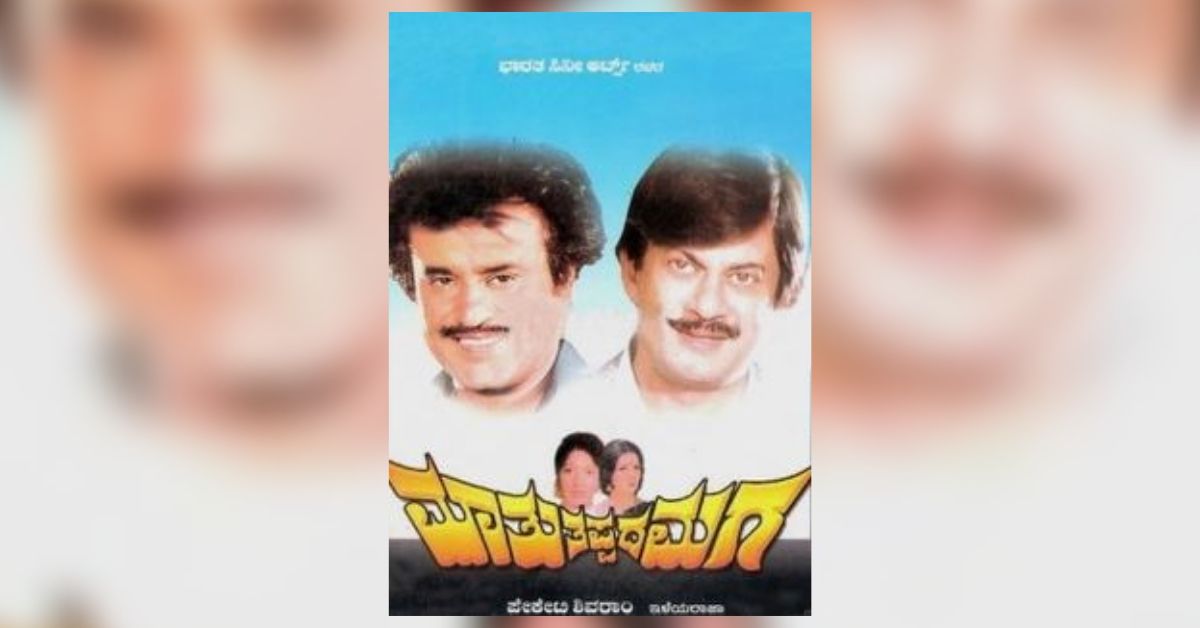 Yet another film came out in 1978. This time he shared screen space with Dr. Vishnuvardhan. The film follows Kittu, played by Vishnuvardhan, who is like a Robinhood; makes money through illegal means and helps the poor. The police officer Srikanth, played by Rajnikanth, is determined to put him behind bars. The film is written by Chi Udayshankar and directed by KSR Das. Galate Samsara is a 1977 Kannada film which stars Rajnikanth, Manjula and Vishnuvardhan in key roles. The film is directed by CV Rajendran. It also stars Dwarkish, Vajramuni, KS Ashwath and Balakrishna in supporting roles. The film is a remake of Tamil film Veettukku Veedu. Directed by SKA Chari, Kumkuma Rakshe’s plot revolves around the thread that a doctor played by Rajnikanth learns that his lover has married someone else. One day he is supposed to treat a critical patient who turns out to be his ex-lover’s husband. The role of his lover is played by Manjula. This came out in the year 1977. Probably the most popular Kannada film of Rajnikanth, Sahodarara Sawaal had Vishnuvardhan and him playing brothers. The film was remade in Telugu as Annadammula Savaal with Krishna and Rajnikanth. The film was dubbed in Tamil as Sahodara Sapatham and Hindi as Diller. The film was directed by KSR Das. Touted as the first south Indian film to be in black and white cinemascope, Ondu Premada Kathe came out in 1977 with Rajnikanth and Sharada in lead roles. The film is written by BR Lakshman Rao and directed by SM Joe Simon. It also has Ashok in a supporting role. Directed by the duo Balan and Kunigal Nagabushan, Baale Jeenu was a huge commercial success in the year 1975. It stars Aarthi, Gangadhar, Ramgopal, Rajnikanth, Udaya Chandrika and Padri Bai in lead roles. Aarthi plays Geetha who had an affair with her college mate Chandru and now has to keep it as a secret from her Husband. She also has to deal with the blackmailer Vasu played by Rajnikanth. The film is a remake of Tamil Mayandukiral Oru Maadhu.

This is the first Kannada film in which Rajnikanth acted. It is an anthology by the auteur Puttana Kanagal. The film had three stories. It starred Kalyan Kumar, Rajnikanth, B Saroja Devi and Aarthi in prominent roles. The film bagged three awards in Karnataka State Film Awards including best actress for Aarthi. A film by the same name is announced by Rishab Shetty in the honor of Puttana Kanagal. 1978 was the last time we saw the Superstar in a Kannada movie. He is so good in all these 11 films that we can’t wait for him to come back and be a part of a Kannada film. If he does, it would surely break all the existing records. Rocking Star Yash Grabs Place In The List Of 50 Most...

For good IT infrastructure, visibility is important