MetroSaga
Home City Life Peek Into The Past With A Weekend Trip To Banavasi, Karnataka’s Oldest... 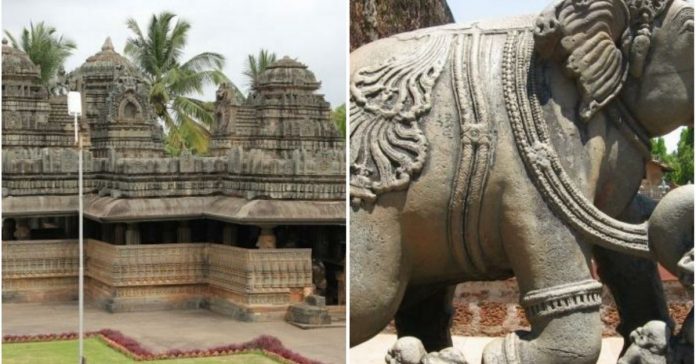 The oldest town of Karnataka, Banavasi tells the story of the 4th Century AD Kadamba dynasty in its beautifully carved temples and halls. The lush green fields and orchards are perfectly untouched by the hands of modern civilisation. Find this corner of history tucked away in Uttara Kannada! For a glimpse into the oldest stretch of Karnataka’s history, there is no better place than the town of Banavasi. Said to be the oldest town in the state, Banavasi was the seat of power of the Kadamba dynasty since the 4th century AD. Over the centuries, the town has seen many names under various kingdoms, as recorded by famous travellers such as Ptolemy, Huen Tsang, Kalidasa and Chamarasa. The untouched town on the banks of Varadha is a charming picture of lush green paddy fields and free-flowing waterfalls, dotted with temples and remnants of the old architecture. Among the major attractions in this age-old town is the Madhukeshwara temple, built by the Kadamba ruler, Mayur Sharma, which houses the honey-coloured shiva lingam for which it is named. Originally a temple for Madhava or Vishnu, it has seen several additions from the Hoysala, Chalukya, Sonda and Vijayanagar architectural styles. The temple shows its history in the intricately carved stone walls and pillars, with a beautiful Nandi statue, a Nritya Mandapa and a Trilok Mandapa. The skill of the artisans is visible in the fine details of the ornate carvings.

Other after-images of the long-gone empire can be seen in the ruins at Gudnapur or the temples at Balligavi. The remains of the ancient city have churned out archaeological marvels such as copper coins from the 4th century and even an intricately etched inscription describing the reign of the Kadamba dynasty. You can venture out here in the monsoon to find the lush lake visible from the erstwhile settlement. The green paddy fields paint a soothing picture in all directions. If you’re looking for local food delights, try the khaanavalis or small eateries lining the roads that offer rice, jowar and corn bread with pickles and veggies. Or bite into the juicy locally-grown pineapples.

Time your visit to their annual festival of Kadambothsava in December to view the dance, music and arts – especially the colourful Yakshagana – from all over South India. When there are so many sights flooding your vision, you need to plan a trip ASAP!