Kangana Ranaut has hit the headlines again. This time she has taken a dig at Alia Bhatt and her upcoming film Gangubai Kathiawadi. The actor shared a note on her Instagram Stories, claiming that the film’s biggest mistake is ‘wrong casting’.

Kangana indirectly called Alia Bhatt ‘daddy’s angel’ and Mahesh Bhatt a ‘movie mafia’, Kangana Ranaut said Bollywood is destined for doom until the movie mafia holds power. Kangana wrote on her Instagram Stories, “This Friday 200cr will be burnt to ashes at the box office … for a papa (movie mafia daddy) ki pari (who likes to keep a British passport) because papa wants to prove that romcom bimbo can act… biggest drawback of the film is wrong casting…yeh nahi sudhrenge (these people won’t change) no wonder screens are going to South and Hollywood films … Bollywood is destined for doom jab tak movie mafia has power…” 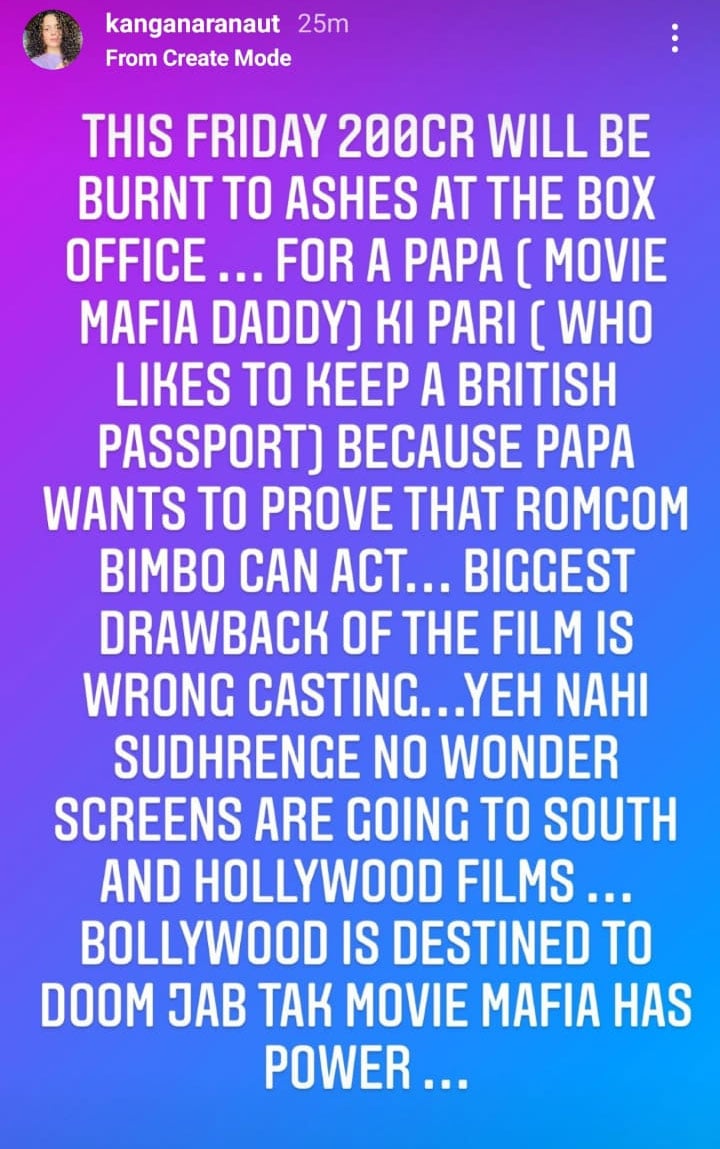 She further added in another Instagram Story, “Bollywood mafia daddy papa Jo who has single handedly ruined the work culture in the film industry, has emotionally manipulated many big directors and forced his products of mediocrity on their cinematic brilliance, another example will be following soon after this relase… people need to stop entertaining him, in this friday relase even a big hero and greatest director are the new victims of his manipulations…” 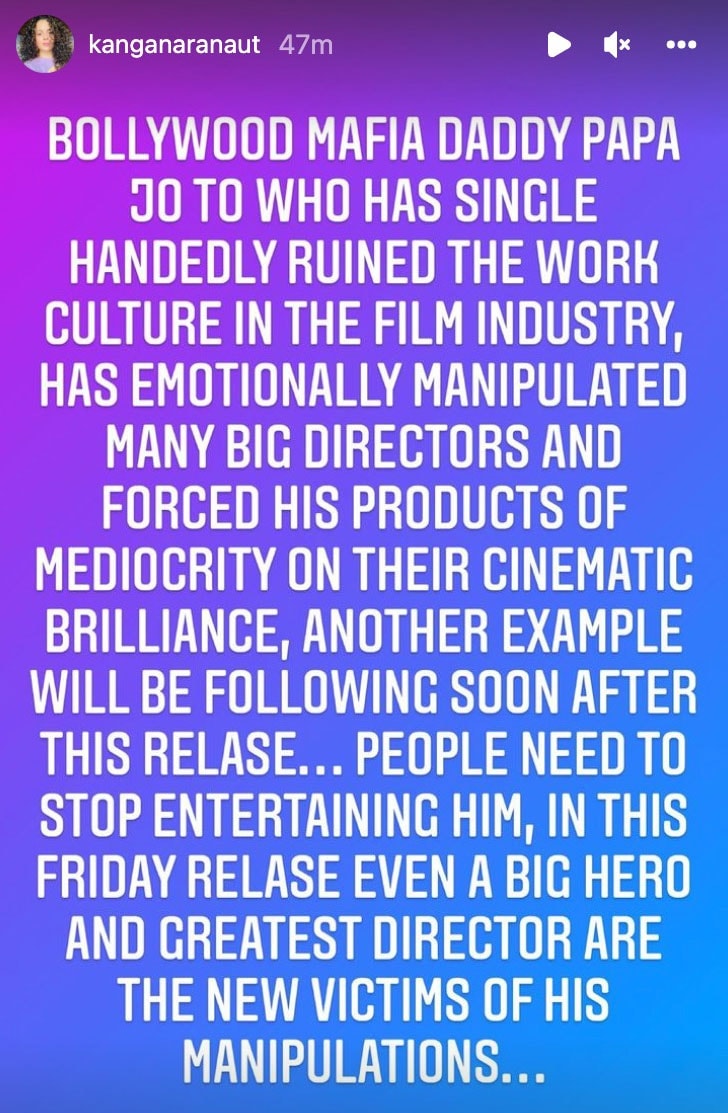 Gangubai Kathiwadi is a very awaited film of 2022 directed by Sanjay Leela Bhansali. The film apart from Alia Bhatt also stars Ajay Devgn. The period drama has been adapted from one of the chapters of noted author Hussain Zaidi’s book, Mafia Queens of Mumbai and features Alia in the lead role of Gangubai, one of the most powerful madams of Kamathipura during the 1960s.