MetroSaga
Home Movies 16 Old Kannada TV Serials Which Have Made Our Childhood Awesome and... It was a time when television was the only source of entertainment, say in the late 80s and 90s. The time in which our childhood flourished. Unlike today, things were limited but we were exposed to profound aspects of life. We had time for everything; to play, to meet friends, to quarrel in the gullies, and what not! There was no Internet but there was a magic box called Television. Even today we have one at home but the magic has lost. Isn’t it? When we say entertainment, there were TV serials; not the one like we have today. The serials which telecasted spoke about nuances of life put in the emotions of middle-class Indian families. They had become so dear that we grew up watching them. Here are those Old Kannada TV Serials which have made out childhood awesome and fun-filled. Do you remember them?

Written and directed by Phani Ramachandra, Danda Pindagalu was one of the most popular Kannada TV Serials of that time. It used to telecast on Udaya TV which portrayed the struggles of middle-class unemployed youths. Do you remember the title song – “Danada Pindagalu Ivaru Wastu Bodygalu Thoo Thoo.” The song was written and composed by V. Manohar and he had also acted in the song as Narada.

Another hit serial by Phani Ramachandra, Vatara portrayed the life of people living in an enclosed apartment kind of home. It featured Golden Star Ganesh playing an interesting character.

By far, this is one of the interesting television series that have come in the tele-history of Kannada. Guddada Bhoota was a suspense thriller with a storyline based on a Tulu drama showing the country life of Dakshina Kannada. It was directed by Girish Karnad starring Prakash Rai in the lead role.

The serial is also popular for its title song ‘Dennana Dennana’ sung by B.R Chaya. Interestingly, the same song along with the music are used in Rangitaranga movie. Guddada Bhootha has 13 episodes which got re-telecasted in Zee Kannada in the year 2014. Though the serial was telecasted in Hindi, ‘Malgudi Days’ is worth a mention for a reason that it is directed by a Kannadiga named Shankar Nag. It is an Indian television series produced based on the works of R.K Narayan. The cast of Malgudi days had Girish Karnad, Dr.Vishnuvardhan, Ananth Nag, B. Jayashree, Shankar Nag, Ramesh Bhatt, and others. This used to telecast in the 80s, a comedy television series directed by Lingaraj. It had Ramesha Bhatt and Girija Lokesh in lead roles. Remember? Hehe Hahaaaa! Directed by Prakash Belwadi, Garva used to telecast in Etv Kannada at 9:30 PM. It had a sensual story narrated through actors like Ananth Nag, Sihi Kahi Chandru, Nagendra Sha, Sudha Belvadi, and others. Garva attracted the family audience to an extent that today, Prakash Belwadi is largely remembered for his work in Garva.

Durga also used to telecast at the same time the Garva used to telecast but in Udaya TV. It was directed by S. Narayan and had K.P Nanjundi in a special role. Durga was based on a Paranormal storyline and it was Scary AF (those times).

Popularly known for its title song, Mayamruga came in the direction of T.N Seethram jointly with P. Sheshadri and Nagendra Sha. It was first aired on DD Chandana in 1998 and got re-telecasted in Zee Kannada in the year 2014. The serial had Dattanna, Avinash, Malvika, Sethuram, Natana Rajesh, and others in the lead roles. After Mayamruga, Manvantara was another big hit delivered by T.N Seetharam. The serial carried a middle-class family story coupled with politics and crime. Being regarded as the first Kannada mega serial directed by a professional Woman director, Moodala Mane came in the direction of Vaishali Kasaravalli. The serial portrayed the family story of Madhwa Brahmins lived in North Karnataka. It had KSL Swamy and Renukamba Murugodu in the lead roles. 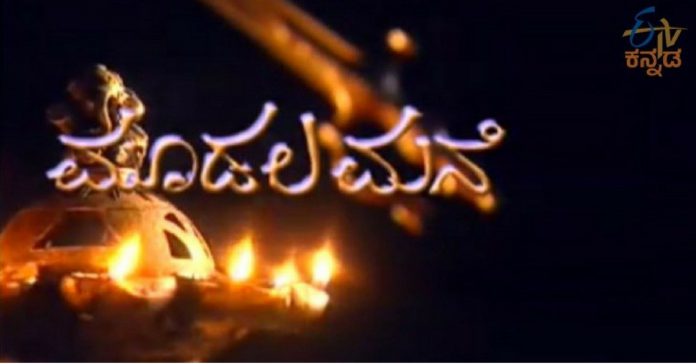 An all-time favorite Kannada serial directed by Sihi Kahi Chandru is still a legend. A series like this is a rare feat. It telecasted new episodes, every weekday with a hilarious touch to it. Paapa pandu was all about a poor husband dominated by a strong wife. Directed by Nagaraj Advani, Mahanavami aired on Etv Kannada portraying the lifestyle of Desai’s lived in North Karnataka. It was a story of a Woman named Kaveri, an orphan raised by her maternal uncle.

A Popular Kannada sitcom directed by Vijay Prasad and produced by Sihi Kahi Chandru was watched in every household of Karnataka. It was about a dope doctor Vittala Rao and his family drama. The serial had Ravi Shankar and Manju Bhashini in the lead roles. Malebillu is another sensual story narrated by T. N Seetharam. It made a mark through its title song composed by Praveen Godkindi, sung by Sangeetha Katte. It was such a perfect narrative that you wish to watch it again and again.

Manthana came in 2007 under the direction of Sethuram. The story was about people going through obstacles of life, churning and grinding along. It spoke about women empowerment and issues of after-marriage and others. It used to telecast in Etv Kannada at 10 PM. We remember this serial as one of the best comedy series we have watched. It was similar to Silli Lalli but it had its own flavor and style.

Probably, this is the last serial which had that magic of the 80s and 90s. It came in 2011, directed by Master Anand. A family entertainer filled with punch dialogues and sterling performances. So, this was our list of Old Kannada TV Serials. If we have missed any then please let us know in the comments below. Also, share your childhood memories with us, just to refresh the good-old times.