MetroSaga
Home News ‘No Reputation To Hold On To’, Mahesh Bhatt Pens Emotional Note To... 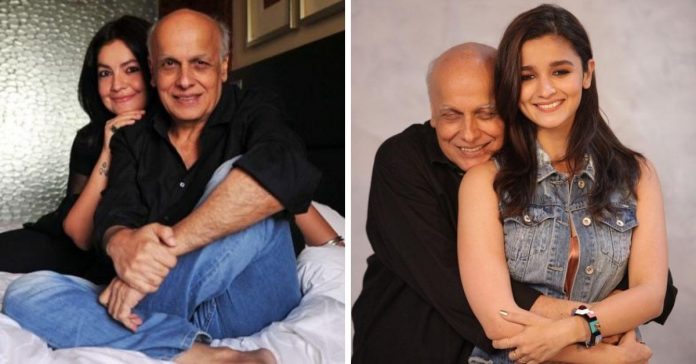 Amidst all the allegations coming his way and a much-awaited release around the corner, Mahesh Bhatt penned a note for his daughter explaining the privileges and love for the film.

In the note, he wrote,

“Today as we begin the last leg of our journey, I feel unshackled! I carry no burden, no weight. No reputation to hold on to. No mission to accomplish. Nothing to prove to anyone. If the film works it belongs to all of you. If it does not, it’s mine. That’s the duty and also the privilege of the director. You all gave me so much love and support for which I am very grateful. I love this film because each one of you made this possible. Ahh, now I feel like a free bird. My wilderness is calling me. Saying ‘Mahesh chalein?”

Pooja shared the note on her Instagram feed. The film Bhatt is talking about is the sequel to the 1991 hit Sadak. Sadak 2 stars Pooja Bhatt, Sanjay Dutt who were the stars of the original and also the additions being Aditya Roy Kapur and Alia Bhatt. The Sadak 2 premiere will be on the 28th of August on an OTT platform. The National Commission for Women has issued a fresh notice to filmmaker Mahesh Bhatt in alleged blackmail and sexual assault of a woman.

The notices have also been sent to actors Urvashi Rautela, Esha Gupta, Mouni Roy, and Prince Narula in the case of allegedly providing modeling opportunities though the company. These celebrities promoted a company called IMG ventures and had failed to appear for the hearing that was scheduled on the 6th of August. The commission took action on Thursday and said,

“NCW has taken serious note of their non-appearance. The meeting has been adjourned to the next date, i.e., on August 18 at 11.30 am. You will be sent formal notices again and non-appearances will be followed by action as per our procedures.”