In a controversial decision that disturbed the supporters of #MeToo movement, the court ordered the Mumbai Police to file a closure report in the Tanushree Dutta sexual harassment case against Nana Patekar citing lack of enough evidence. Last year Dutta triggered the movement by accusing the senior Bollywood actor of harassing her during the shooting of film “Horn ‘OK’ Pleassss” in 2009.

Tanushree Dutta has said that she will continue the fight and challenge the verdict of the court. Her lawyer, Nitin Satpute while talking to the media said, “We haven’t yet received any official communication from the police yet. However, we will challenge the closure report.” Prior to the verdict, the lawyer of Dutta claimed that the police did not bring forward the right witnesses.

According to reports, the Mumbai Police filed a B Summary report in the case which is filed when the police cannot find adequate evidence to support the complaint and hence are unable to take the investigation further. The suburban Oshiwara police filed this report before Andheri’s metropolitan magistrate.

The actress of “Ashik banaya Apne” has said that she is finding the verdict disgusting. In her interview, Dutta said, “Nana Patekar has been trying to get a clean chit for a while now, and I find this verdict disgusting. I have said it earlier that witnesses, in this case, have been threatened and pressured so that they do not record their statements with the police. Thus, out of 10 witnesses, only one-and-a-half statements have been recorded.”

And For Those Who Havent Watched The Whole Conversation Its Available On @zoomTV YouTube Channel @rudrani_rudz Ma'am's Interview With #TanushreeDutta And Her Lawyer Pls Watch It And Its Hightime Bollywood And India In General Get A Concious Alive
Link – https://t.co/ymDMaZed1T

She also added that police are unable to find credible evidence because the accused (Nana Patekar) is stopping the witnesses from reaching the cops. Her lawyer said, “We will appeal against the closure. Our contention is that the police did not even record the statements of eyewitnesses like Tanushree’s hairdresser and two other women who corroborated our stand. We had submitted a video clip also, but they did not consider it. They tried to protect the accused (Patekar) by calling statements from people who said they do not know anything. How will they get evidence at this rate?”

The actress stated that she does not feel like returning to India anymore but will continue fighting for getting justice. The actress kickstarted the #MeToo movement in September 2018 by accusing the “Welcome” actor of harassment almost a decade ago.

While some users are supporting Dutta, there are a few who are also questioning how can the lost dignity of Nana Patekar be brought back now that he is cleared of allegations.

She filed complaint about the same case ten years ago… Then How people can call her fake and limelight seeker?? What happened to us?
How can we be happy about his clean chit yaar?? #TanushreeDutta #NanaPatekar

This is the reason why many women who have ever faced or still facing sexual harassment don't come forward to file complaint, to seek justice bcoz they already know our system, they know our system won't listen to them. They know #MeToo won't work in our system. #TanushreeDutta

Extremely disappointed to hear that #NanaPatekar has been given a clean chit. #TanushreeDutta will continue to fight her #metoo case. Putting herself out on the firing line. She has given the courage to so many women to share their stories & stand up against sexual harassment https://t.co/vxaFhb14gl

Hammurabi's code: She who falsely accuses someone of a crime is to be penaliized as if she committed it herself.
Shouldn’t #TanushreeDutta apologise & compensate #NanaPatekar at the very least? https://t.co/jQUUo2f5Zt 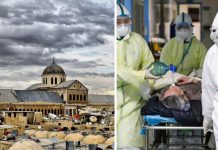 You Should Really Head To Basavanagudi To Take A Look At...

92.7 Big FM Bengaluru And RJ Pradeepa Has Come Up With...

10 Incredible Things To Know About Murudeshwara, a Scuba Diving Destination...