If you have the chance to taste Murgh Makhani, you will conclude that there is no better dish than it. Murgh Makhani (butter chicken) is one of the famous Indian delicacies internationally recognized.

The dish is bursting with flavor and is also nutrient-rich. So, rest assured that you will be doing your family a big favor by preparing it. But, before you conclude plans to start cooking, learn more about Murgh Makhani. At least, that will cause you to appreciate the dish better.

So, without much ado, here are things you need to know about Murgh Makhani. Butter chicken, a dish called “Murgh Makhani” in Hindi originated in Delhi, during the 1950s. And the only reason it has remained in existence this long is because of the place it still holds in the hearts of Indians and Butter Chicken lovers across the globe.

During the 1950s, Moti Mahal, a prominent restaurant in India, owned by Kundan Lal Gujral began operation in Delhi. Kundan had fled the political crisis that was rocking the area he was residing in India at that time to start a restaurant business.

However, Kundan Lal’s restaurant business was a success. But the Murgh Makhani (butter chicken) was not part of the meal Kundan started with at that time. But he served other tasty dishes, including the favorite tandoori dishes now found in almost every top restaurant throughout India.

However, there was a story regarding how the cooks working at Moti Mahal made a massive breakthrough out of nothing. And that is the dish people from different parts of the world are enjoying today. They were mixing butter, tomato with leftover marinade juices and then progress to stew the tandoor, the cooked chicken in this mixture.

But if you look at the story behind how this meal started, it is likely that the cooks at Moti Mahal hotel didn’t know what they were doing. It was by accident that they came up with the butter chicken, which made the Kundan Lal’s famous in the whole of Delhi, and the world at large. And according to writing services expert, what happened in Delhi by accident has become a highly sought after delicacy throughout the world.

The popularity of Moti Mahal in the 1950s was extraordinary. And when the chicken butter became an internationally recognized dish, top leaders from different parts of the world started visiting the place. Among popular figures are John F. Kennedy, Zakir Hussain, Richard Nixon, among other prominent personalities. Every meal has something that makes them unique, and the butter chicken is not an exception. The meal does have a distinctive flavor courtesy of a unique blend of diverse ingredients combined in different ways.

The thing is India restaurants in Delhi and all over the country are fond of this meal. And the preparation is also unique. During the process, the chicken is marinated for several hours in yogurt uniquely blended with various spices. These include spices like garam, coriander, garlic, ginger, cumin, marsala, among others.

But then, this combination might be a bit different in other places. In short, it varies from one region to another. Also, after the mixture, the next step will be to cook and simmer in a mild curry sauce with rich butter content. But most restaurants or cooks would simmer theirs in almonds after using butter.

Cooking the Murgh Makhani dish is as simple as finding online writing jobs. But have in mind that the taste will only surface when you combine the ingredients correctly.  The butter chicken is a delicacy, consumed by people across the globe. And it is also a meal that is packed with loads of nutrients, considering the cooking process. So, if you are looking for one of the best Indian delicacies to try out, add the chicken butter to your list. To Outsource Or Not? Find Out With This Call Calculator Since 1953, Aralimara Pani Puri Is Bengaluru’s Favorite And Also A Lesser-Known Gem This Place Named Sandwich Square in Bengaluru Serves 143 Varieties of Sandwiches. Have you tried? 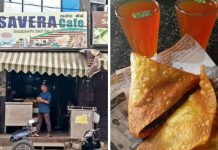 Byg Brewski In Sarjapur Has Been Shut Down After Residents Complain...