It becomes challenging for a filmmaker when he/she takes up a story inspired from or based on a real-life incident. It is neither a fiction nor a complete portrayal of what happened in real; a right mix will win the game for the movie. Every industry has tried their hands on making a movie based on real-life incidents, KFI is not an exception to it. Here we bring you a few noted Kannada movies inspired by real life in today’s read.

A 2015 released crime thriller, Ring Road movie is based on the egregious murder of software engineer named Girish by his fiancee in Bengaluru in 2003. It has Altmash Shakreen in the lead role supported by Duniya Vijay, Avinash, Malvika, and others. Ring Road also carry a fame of being produced by an all-women crew, the first of this kind in the Kannada language.

Based on the assassination mystery of Rajiv Gandhi, Cyanide came out as a bilingual movie in 2006, written and directed by A.M.R Ramesh. It was well received by critics and was hugely appreciated for its narration and performances. Ravi Kale, Rangyana Raghu, Malavika, and Tara stands out while the camera work adds to the narrative.

Cyanide gave State award for Tara and Filmfare award for Rangyana Raghu. Above all, the film is considered as one of the finest works that have come in the Kannada film industry. It is a biopic directed by A.M.R Ramesh which is based on the real-life incidents of the notorious killer Veerappan. It was co-released in Tamil as Vana Yuddham with Kishore playing the role of Veerappan in both the languages. It didn’t make much noise owing to its delayed release and other latent reasons. Based on the real-life incident of a couple, Myna came out as a sensual story under the direction of V. Nagashekar. The movie has Nithya Menon and Chethan in the lead roles. Myna’s first half and its tragic end coupled with Jassie Gift’s music stood out. The movie bagging Filmfare Award for Best Film is a testament to its good craft. A 2016 film written by K. Balaji and directed by Ram Gopal Verma, Killing Veerappan sought everyone’s immediate attention. It is based on Operation Cocoon which lead to the killing of Veerappan. The movie has Dr. Shiva Rajkumar in the lead role playing the character of N.K Shantaram, a spy who masterminded operation Cocoon.

Killing Veerappan saw a wide release across Karnataka tasting the Box-office success along with a praise from critics. Later on, it got dubbed to Telugu coupled with a screening at the 9th Bengaluru International Festival and others. A movie that can be placed in a popular category, Aa Dinagalu is based on the non-fiction novel Daadagiriya Dinagalu by Agni Sridhar. It revolves around the real-life incidents of gangsters like Kotwal Ramachandra, Jayaraj and the whole mafia mania of the 80s. It is directed by K.M Chaithanya with Chethan, Sharath Lohitashwa, Ashish Vidyarthi, and others playing the primary characters. Exploring the real-life escapades of a deadly gang named Dandupalya, the film Dandupalya came out in 2012 under the direction of Srinivas Raju. It has Pooja Gandhi and Raghu Mukherjee in the lead roles. Dandupalya went on to become one of the highest grossing Kannada movies running for more than 100 days in multiplex centers. It also got dubbed to Telugu as Dandupalyam, in Tamil as Karimedu, and in Malayalam as Kuruthikalam. Bettanagere is a fictive disclose of Bettanagere Seena and Bettanagere Shankara who were active in Bangalore underworld, in a place called Bettanagere. The movie is directed by B.N Swamy starring Sumanth Shailendra and Akshay as the goon brothers.

Bettanagere holds a record of having 139 edits from the censor board. With this, it has become the first Kannada film to have such large cuts. As the script of ‘OM’ was about underworld mystery, Upendra thought that it will be realistic if we cast real-life Underworld Dons and thus the gangsters like Bekkinakannu Rajendra, Korangu Krishna, Tanveer Ahmed, and Jedrahalli Krishna were roped in to play the prominent roles. Again, an Underworld based movie written by Ravi Belagere and directed by Ravi Shrivatsava. The movie revolves around the infamous Gangster. Deadly Soma. It features Aditya in the lead role with Tara, Devaraj, and Avinash playing the supporting characters. As told by the director Pawan Kumar in his interviews, an incident on double road flyover has inspired him to make a story on this plot. Incidentally, the movie talks about it. It went on to become a huge hit and got remade to Telugu as well. 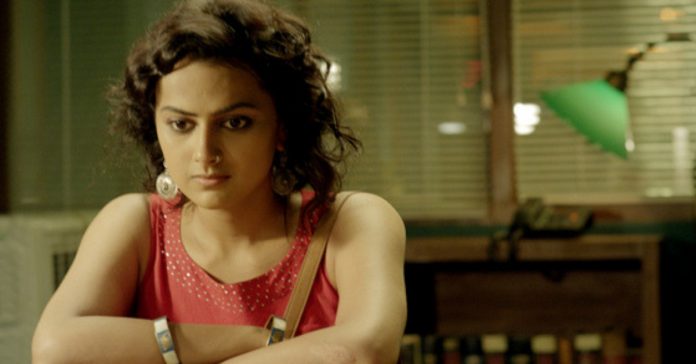 Another underworld crime genre which became a Hit is Edegarike. It is directed by Sumana Kittur and is based on a novel written by Agni Sridhar. Edegarike talks about incidents that occurred in the 90s which primarily include Mutthappa Rai, Sridhar, and Bachchan. It has Adithya in the lead role. Opened to a copyright controversy with Ravi Belagere, Bheema Teeradalli got widely discussed on mainstream Kannada media. It is a biopic action directed by Om Prakash Rao with Duniya Vijay and Pranitha Subash in the lead roles. Bheema Teeradalli is a fiction based on the life story of dacoit Chandrappa Harijana. So, these were a few noted Kannada movies based on real-life incidents. Have we missed any names? Please let us know in the comments below.

Alahalli Lake Comes To Life As Citizens And BBMP Help In...