MetroSaga
Home Movies Is Kangana Ranaut All Praises for Gangubai? Kangana Ranaut has again made it to the headlines, here she is sounding like she is praising the recently released film, Gangubai Kathiwadi. But what is she exactly trying to do? Find out!

She took to her Instagram recently and wrote, “Happy to hear theatres are being revived in South film industry with record breaking collections. I hear some baby steps are being taken in Hindi belt also. With recent female centric film which has a big hero and a super star director. They may be baby steps but they are not insignificant. They will be crucial for theatres which are on ventilators here. Great.” She added, “Never expected that movie mafia will rise to the occasion and do something good. If they do we will be absolutely appreciative. Hoping for the best.” 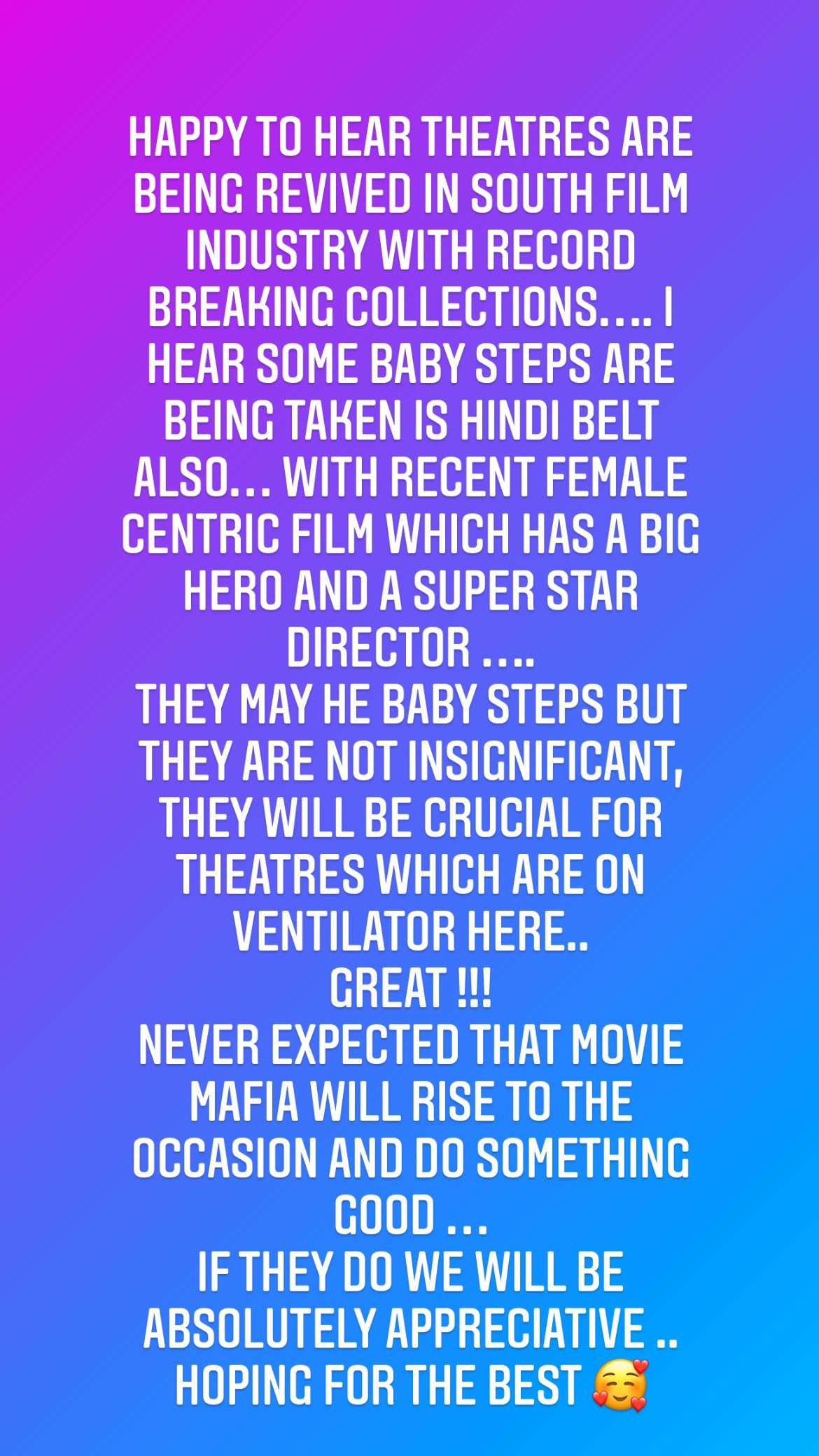 In a very coded message she seems like she is praising the recent release of Alia Bhatt, Gangubai Kathiawadi. She writes here using words like “movie mafia” and even praises the same for taking baby steps that are “crucial” for theatrical releases of the films.

Earlier, Kangana took a dig at Gangubai Kathiawadi and called Alia a “bimbo” adding that the film’s biggest mistake is “wrong casting”. She indirectly called Alia ‘daddy’s angel’ and Mahesh Bhatt a ‘movie mafia’, Kangana wrote on her Instagram Stories, “This Friday 200cr will be burnt to ashes at the box office … for a papa (movie mafia daddy) ki pari (who likes to keep a British passport) because papa wants to prove that romcom bimbo can act… biggest drawback of the film is wrong casting…yeh nahi sudhrenge (these people won’t change) no wonder screens are going to South and Hollywood films … Bollywood is destined for doom jab tak movie mafia has power…”

Speaking with RJ Stutee on Hindustan Times’ Aur Batao, Alia was asked that while she has been open about her admiration for Kangana, does she feel bad that it doesn’t get reciprocated. “No, I genuinely have no feelings of negativity or anything. I have no feelings only towards it,” Alia responded.