MetroSaga
Home Lifestyle 3 Interesting stories from the life of Gautama Buddha and Quotes to... Gautama, The Buddha who lived in the eastern part of ancient India sometime between the 6th and 4th centuries BCE stands relevant and admissible even today in many ways. Siddhartha (before monkhood) who left his affluence and went on to seek the ultimate truth of the life attains salvation to become an enlightened teacher whom we know as ‘The Buddha.’ If you look at the life of Gautama and the very way he walked the path of immateriality then we have some great stories to get inspired from. Come, let’s walk the beaten path of Gautama Buddha on today’s article.

Inspiring Stories from the Life of Gautama Buddha When Buddha rejects a Gift

When Buddha was walking through a village teaching, a rude and angry person who belonged to another group of believers walks in. He starts insulting Gautama and says, “You have no right teaching others. You are as stupid as everyone else.” He shouted, “You are nothing but a fake.”

Looking at his anger, Buddha simply gave a gentle smile and asked, “Tell me, if you buy a gift for someone and if that person does not take it, to whom does the gift belong to?”

This question pushed the person to surprise and he answers, “It belongs to me because I bought the gift.” Gautama smiled and said, “That’s right. It is exactly same with your anger and frustration. If you become angry with me and if I do not get insulted then the anger falls back on you. All you have done is hurt yourself.”

This is it. We should know what to reject and what to accept in the life. In this case, Buddha simply rejected the insult and now the gift belongs to a man in the form of frustration, anger, displeasure.

When Buddha was Insulted by a Householder

Buddha was a monk and one day he goes to a householder begging. Instead of giving any alms, the householder scolds Buddha and put him to an insult; such an able-bodied person, a prince who did nothing great to the world is now begging. What a shame!

Unmoved Buddha requested to ask a question. Buddha asked, “If a parcel is sent to somebody and if the receiver does not receive it, to whom does the parcel belong to? The man answered that it will go back to the sender. After a second of silence, Buddha said that he had not received anything from him and simply left. Once Gautama Buddha’s aunt came to him with her dead baby and asked him to revive the child. Buddha told her he would do so but that she needed to get him a vital ingredient for the resurrection: mustard seed from a house which had never seen a death.The woman ran door-to-door the whole day but didn’t find such a house. At dusk, she fell at the Buddha’s feet and said she understands. She isn’t the only one to have suffered the loss of a loved one. So, one should stop feeling victimized as everyone goes through pain and grief in the life. 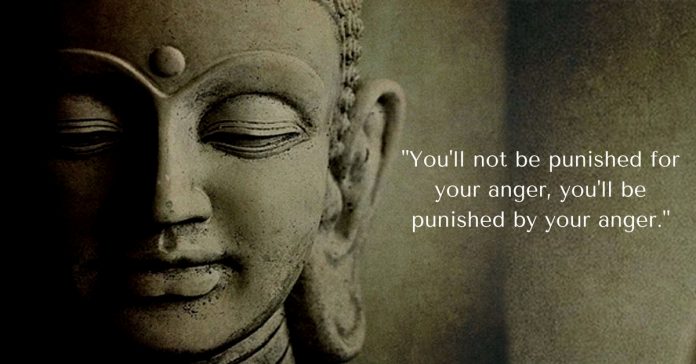 It is all about what we think. The world is Way Beautiful than we See and Perceive. We believe that you found this article inspiring. Let’s all take lessons from it to lead our life in the most beautiful way possible. If you have anything to share with us then please write in the comments below.