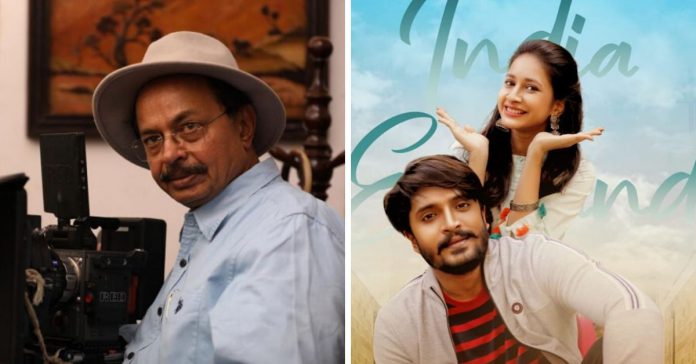 After exploring the likes of America and Paris as the backdrop for his movies, legendary filmmaker Nagathihalli Chandrashekar’s next stop will be in London. Starring Vasishta N Simha and Manvita Kamath in lead roles, ‘India vs England’ is slated for release on January 24th. The makers recently released the trailer of the movie and here is a short summary of the same.

Like his previous movies, Nagatihalli seems to bank on an experienced star-cast to render maturity to the proceedings in the movie. Apart from the lead pair, this movie stars Anant Nag, Sumalatha Ambareesh, Prakash Belawadi and Sadhu Kokila in prominent roles. Rest assured, this combination promises entertainment to all sections of the audience.

Vasishta Simha’s stylish makeover is on point, as the talented actor easily shrugs off his ‘Chitte’ image with ease. He is seen as an NRI, the characterization arc of whom is likely to be the crux of the plot. Manvita is back to her chirpy avatar on-screen and she looks brilliant in her passion for her opinions. This unlikely pair, in a new age love story, is an interesting premise.

Not a Cricket Match

While India vs England as a title might lend itself to cricket or sports-themed narrative, the overarching topics explored are about the cultural values of the country in the context of colonialism and NRIs’ involvement in patriotic conversations.

Releasing on January 24th, the makers seem to have suitably timed their release around Republic Day. Given that this film has numerous patriotic elements, the overall mood could get accentuated due to this aspect. Nevertheless, the trailer does seem interesting and seems to be a genuine entertainer with trademark Nagatihalli elements.

Here is the trailer.

What to do in Boston, USA, as a first-time visitor.