Bath towels are an everyday part of our lives. Their plush surfaces, their comforting feel, and their practical use is something most people don’t think about. They’re there, ready for us to grab off the rack after a relaxing shower or a nice bath. These simple towels are based on a very basic design, but it takes a great deal of effort and machinery to put them together.

Just how is the bath towel made? Most people can rightly assume it is mass-produced, coming out of textile factories rolling out thousands of them a day. Let’s take a moment to examine the process that allows the textile industry to make these everyday conveniences.

The first stage of making anything is the design. This is true for cars and for bath towels. Before you put in the specifications into a Sintelli machine that will knit and spin the fabric for you, you need something to make. From simple towels that just loop piles to something more complex, you need a design to work off of.

Variations will exist, of course. You have size and color, for starters. What materials are used? Will there be embroidery on it? Perhaps you’ve got a special order for one with a monogram? This will all be determined beforehand, with the final specifications handed off to production in the form of a base template the machines will reproduce.

The next step is spinning, though depending on the factory, this might be skipped. The initial part of the process is the part where the yarn is spun, taking the base material of raw fibers into something resembling the finished product. What manufacturers get isn’t a roll of fabric, but instead only slightly processed, so the first step will usually involve making it into something that can be fed into later machines.

A part of this process will involve separating unwanted components or things that don’t serve the intended purpose. In many cases, the fibers need to be condensed into something smaller and less fibrous. This will eventually result in the thread that becomes part of the textile roll.

After the spinning is the warping. This is when the woven material is pulled and stretched, usually over a beam. The weft is passed under and above the warping point, forming the core fabric. The resulting spool will spend some time in this configuration to get it to stretch and deform properly before it gets tossed into a machine to be woven or knit.

When warping, the size is altered depending on the intended effect and ease of later weaving. Items such as wax and starch might be added into the mix, pressed into the yarn. This also helps with the process. Threads are also run over steam-heated cans, helping dry the warped threads faster than air. It is in this form, with the threads warped over the cans, that they get sent over to the looms.

Weaving is relatively simple. The raw fabric is put into a machine, which then automates the process of weaving the fibers into the proper form. This is the process that gives a towel it’s fluff and plushness. In previous years, these would be operated by hand. Nowadays, this is no longer the case, and automated machinery is capable of doing this whether fully or with partial human control.

Once the base towel is made, then comes the embellishments. The first step to this is to bleach the rolls. Hydrogen peroxide is the most commonly used, along with defoamers, and any proprietary components a factory might use. This will render the color pure white, a base “coat” that allows them to add virtually any color or combination thereof on top of it. After the bleaching is done, the materials first need to dry before the next phase.

Dyeing involves taking dry, uncut rolls of the fabric. These are then put into the vast dyeing vats of the factory. Colorfast will be used to ensure adherence, and different rolls will likely go into different coloring vats. Heavy rollers will later be used to force the dye into the toweling itself, making sure the color is more than just surface-level. Once the level of color adherence is satisfactory, it is once again steam-dried.

The dry rolls are then cut and pressed into the right shapes and dimensions. It is possible for a single roll to be the source of multiple sizes and measurements of a towel. From there, any embellishments such as monograms are added through sewing machines. Afterward, quality control will conduct a final inspection before having it sent off to packaging.

The process of making bath towels is one that relies on simple mechanics, but large machinery and a lot of time. Raw materials like tufts of cotton will be processed, warped, torn, pressed, and more. The end result is something that is so simple that it hardly seems like any work was put into it at all. 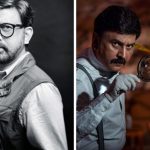 7 Things To Know About The World’s Largest Cricket Stadium That’s...

13 New School Movies of Kannada Film Industry In The Last...

Hyderabad accused: “Hang him, he is dead to me”, says the...