MetroSaga
Home News He Is A Shame For Our Society: Twitterati Slams Karan For His... 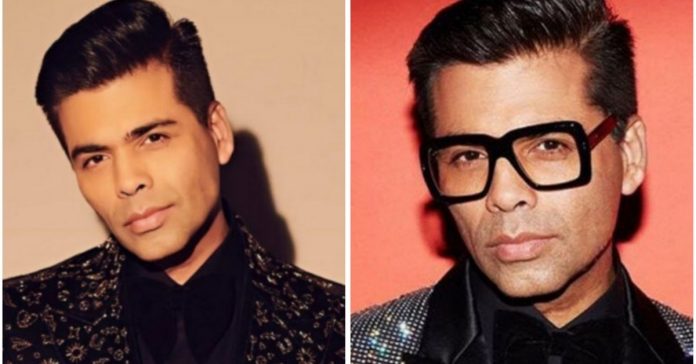 Karan Johar yesterday issued a long statement on his social media where he clarified his stand on the ongoing rumours and has put an end to it. As per the reports, Dharma Productions and two of its ex-employees named Kshitij Prasad and Anubhav Chopra are being linked to the Bollywood drug nexus and being investigated by the NCB. KJo also clarified how much involved both of the above-mentioned names are in the company.

Ever since Karan has issued this statement addressing all the ongoing rumours on social media, the filmmaker is being trolled back on forth on these platforms.

Twitterati is going crazy and netizens have been trending #KaranJohar on the microblogging site. One user tweeted, “He is a shame for our society. #KaranJohar”. Another user tweeted, “#KaranJohar this is a simple act of sidelining yourself and scapegoating your employees. Good tactic. Let’s see how long this will last. Sad that there is no trust left in a word you say to the people who made you by watching your movies! All the best, but luck will run out..”

Take a look at some of the reactions here:

He is shame for our society. #KaranJohar

#KaranJohar this is a simple act of sidelining yourself and scapegoating your employees. Good tactic. Let’s see how long this will last. Sad that there is no trust left in a word you say to the people who made you by watching your movies! All the best, but luck will run out.. https://t.co/Kw99zatw5V

OMG! Now Karan Johar has thrown his executive producers Kshitij & Anubhav under the bus. Disassociates himself from both. Just like Salman doesn’t own Kwan! These people are slimy and dangerous! #karanjohar

Youngsters,lesson learnt is never do anything unlawful even for a boss! pic.twitter.com/KICHSpKh3b

Manijnder Singh Sirsa, who had filed a complaint with the NCB chief Rakesh Asthana last week over the alleged drug party hosted at Karan Johar’s residence in 2019 where several top actors were in attendance including Deepika Padukone, Arjun Kapoor, Vicky Kaushal, Varun Dhawan, Ranbir Kapoor, Malaika Arora and several others, has reacted to Johar’s recent statement.

In his statement, Karan Johar had said that all allegations on him are false. Sirsa has reacted to the statement, by saying that the filmmaker’s ‘forged defence will not work’ now that NCB and not Mumbai Police is investigating the party video shared by him.

Have Some Shame: Diljit Blasts Kangana For Claiming He Disappeared After Inciting Farmers