MetroSaga
Home News Give One More Chance To PM Modi, Will Make ‘Sonar Bangla’ In... 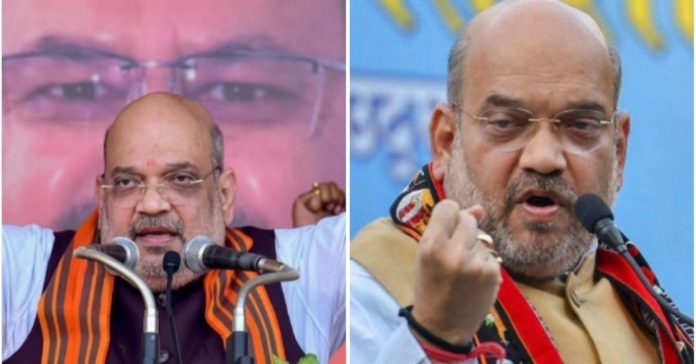 Addressing a roadshow in West Bengal’s Bolpur, Union Home Minister Amit Shah continued his onslaught aimed at Chief Minister Mamata Banerjee and the Trinamool Congress. Shah, who is in Bengal for a two-day trip, visited the Visva Bharati University earlier in the day where he paid his respects to Rabindranath Tagore.

Beginning his address with “Bharat Mata Ki Jai” and “Jai Shri Ram”, Home Minister Amit Shah thanked the people of Bolpur. He went on to say, “This is love and faith in Narendra Modi. I have seen many roadshows, done many but I want to say that I have not seen one like this in my years. This is your love for Modi. This is your anger against Didi [Mamata Banerjee].” “The people are angry against Mamata and people have decided. This indicates that this time it is the lotus that will take the lead,” Shah said referring to the 2021 West Bengal Assembly elections. He added, “Bengal has decided. Mamata, come to the battleground, this is the time for lotus. People want ‘poriborton’ [change]. This is not about a change of person. This is for Bengal’s development.”

Sharpening his attack against the Trinamool Congress, the Union Home Minister said, “Change to stop infiltration from Bangladesh. Change to stop political violence. This is not a reason to change chief minister but tolabazi bandh karne ke liye [to revolt against toll tax].”

Taking aim at TMC leader and Bengal CM Mamata Banerjee’s nephew Abhishek Banerjee, Shah told the audience, “Change to stop nephew’s dadagiri [bullying]. We will take Bengal on the way of progress and make it the Bengal of the dreams of Tagore [Rabindranath Tagore] and Subhash babu [Subhash Chandra Bose].”

“Give one chance to Narendra Modi. We will make ‘Sonar Bangla’ in five years,” Union Home Minister and BJP leader Amit Shah said at the roadshow in Bolpur.

Story Of Mansa Musa, The Richest Man Who Ever Lived With More Money Than Entire Countries