MetroSaga
Home Sport Gautam Gambhir Again Criticized For His Surprising Remark, And This Time It... Sanju Samson scored a century which was the first of this season. It was his second IPL century, helping him join an elite list of Indian batsmen with more than one IPL hundred. A 24-year-old remained unbeaten scoring 102 off 55 balls with the help of 10 fours and four hits over the fence.

Following, Gautam Gambhir praised the Rajasthan Royals star and gave him a strong compliment as he called him “the best Wicketkeeper batsman in India.” Additionally, he also backed Samson for the India World Cup 2019 squad, saying he should get the No.4 spot in the batting order. 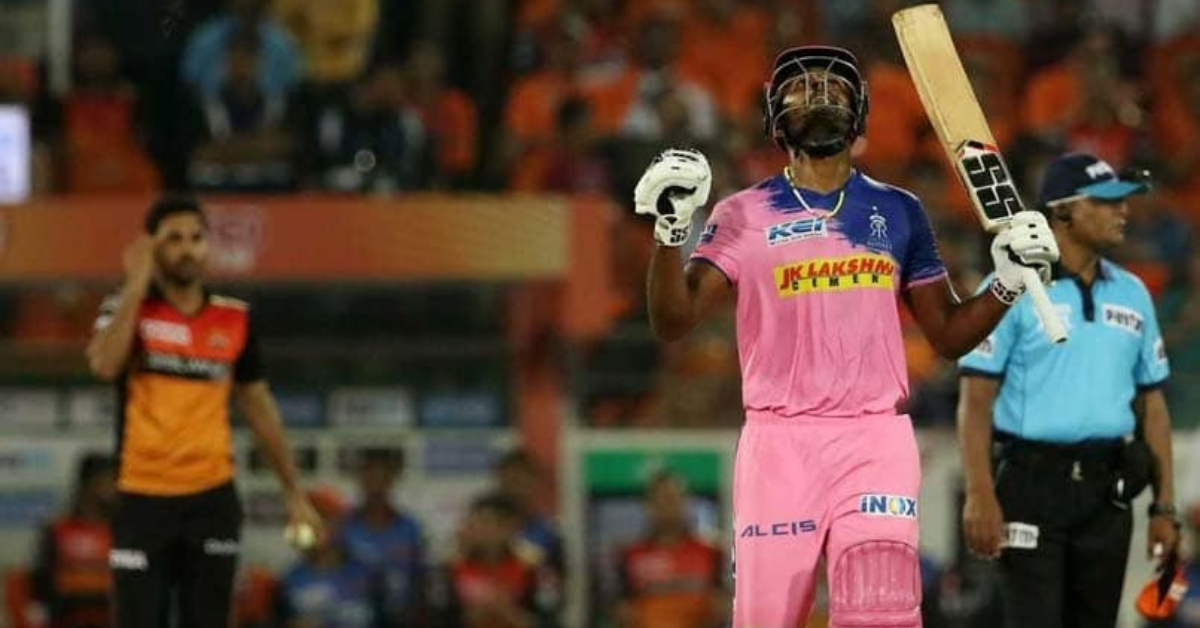 Taking to Twitter, Gambhir said, “I normally don’t like to talk about individuals in cricket. But seeing his skills I am glad to note that Sanju Samson is currently the best Wicketkeeper batsman in India. For me, he should be batting number 4 in the World Cup.”

I normally don’t like to talk about individuals in cricket. But seeing his skills I am glad to note that Sanju Samson is currently the best Wicketkeeper batsman in India. For me he should be batting number 4 in the World Cup @BCCI @rajasthanroyals @IPL @StarSportsIndia

After his surprising remark, MS Dhoni’s Fans refused to believe that there can be someone else who deserves this title more than him. However, Dhoni’s fans were upset with Gambhir’s “best Wicketkeeper batsman in India.” Moreover, they took the lashing through Twitter:

This is Your jealously with Dhoni speaking

*best 4th batsman, not best "wicketkeeper" batsman!! No one can replace Dhoni.
Requesting @narendramodi to hand him some work in Delhi BJP, keep him out of IPL. ??

Replacing Msd with sanju who if had shown consistency would be a permanent player for all the Cricketing patterns.
And you want his direct entry to world cup. ?

Gautam Gambhir on his previous interview criticized Dhoni’s selection policy in the 2012 CB series. While, he claims it was Dhoni who decided to bench him, Sachin Tendulkar and Virender Sehwag together in the Playing 11. Gambhir also considered Samson ahead of Rishab Pant, who also has been in a brilliant form off-late and impressed with the bat. Fans also criticized Gambhir on his comments.

Very irresponsible comment gautam ….. He cant match the exp and skills of mahi bhai and the power hitting of pant…and btw DD was so good in IPL last year and KKR is so good from previous two years…now i understand why ?

Samson has hit two IPL hundreds and 10 fifties while Rishabh Pant has failed to impress his batting skills in Twenty 20 Internationals, averaging just 19.42 in 15 matches.