As the Indian Men in Blue are fighting for the World Cup 2019 trophy in England and Wales, the locals out here in India are also very much involved in their journey. While some are watching these matches live on their own couches with crackers and chips there are many die-hard cricket fans who are having helluva time enjoying the Indian innings in groups on a big screen at a restobar or joint.

Restaurants did not get the expected response during this year’s IPL. But they are leaving no stones unturned to make the most of this Cricket World Cup fever which has caught on with almost every Indian. Most of the restaurants in Bengaluru have come up with cricket World Cup-themed menus that include pizzas dedicated to playing nations or the blue drinks depicting army of Virat Kohli.

Interestingly, most of these new additions come with discounts, especially during the match. Also, there are so many varieties that Bengalureans are spoilt for choice.  For instance, the Monkey Bar in the city has introduced six new cocktails just to support team India. Interestingly they even have fancy names that match with the cricket lingo like the “hi-score rum,” or the “hit wicket. All these cocktails have a glistening shade of blue matching the Indian team’s dress color.

Bootlegger is offering a 10% discount on all tables on the days’ Indian team wins matches. The restobar is offering a shot of blue vodka free on every wicket that an Indian bowler takes on June 16 when India clash with Pakistan. The co-founder of Bootlegger, Shreyas Patel says, “Both our outlets were fully booked ahead of the India-South Africa clash, and these offers are expected to do very well. It’s always nice to add such offers and themes. While IPL season wasn’t great for business this year, we are hoping the World Cup holds up.” 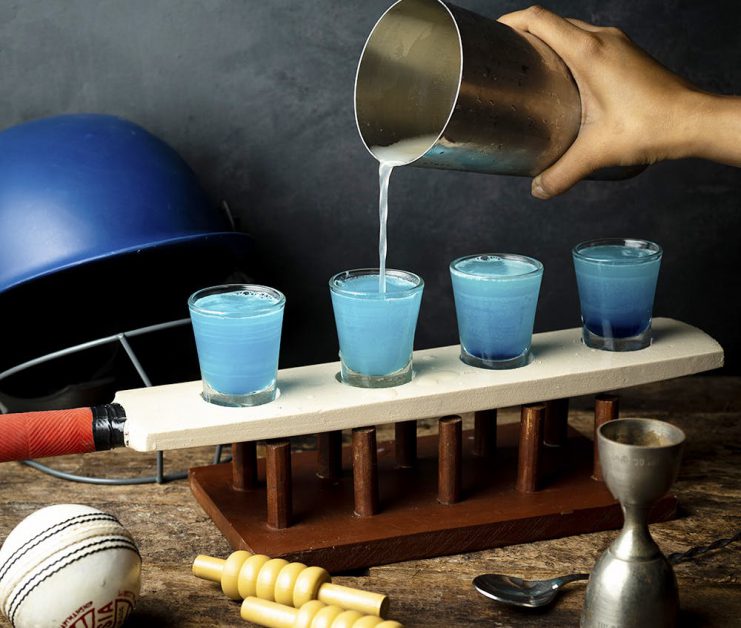 Sip The Cocktails Named After Each Team

While there are many bars and restaurants that have dedicated a portion of their drinks and snacks section to the World Cup, there are a few like the Three Dots and a Dash that has gone out all the way to serve multiple varieties to hike the fervor of cricketing spirit. This cocktail bar menu includes Caribbean fried chicken, Aussie salt pepper calamari, South African bunny chow, and vada pav for the team India.

While eating the food, patrons can also enjoy sips of cocktails named after each team like the “incredible India” with whiskey, raspberry crush, and beer concoction or the “ferocious Aussie” made with mango, melon juice, and Vodka.

The enthusiasm of cricket can be seen peaking at the Levitate Brewery & Kitchen where cricket fans have to chug down beer for scoring runs. For every chugged 500 ml, you score 4 runs. The team scoring highest runs in this way wins a cash prize. At the Watson’s outlets, it’s their special pizzas that are taking the cricketing spirit further up by offering a selection of pizzas dedicated to the playing teams.

For a cricket buff, the catchy names and ingredients all offer a heady mix of nostalgia, creativity, and pleasure. For example, the “English summer” pizza has a topping of peppers, onion, cherry tomatoes, and olives. Other options include the “Black Caps,” “Paprika Proteas,” “ Bangla,” and “Afghan” that features lamb koftas.

Partner at Watson, Amit Roy says, “Pizzas are crowd-pleasers and the themed names are a value addition. With India having just started its World Cup campaign, we expect many youngsters to troop in.” 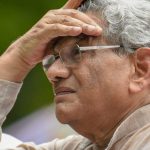 Speech and Hearing Specialist in Bengaluru Writes – Can Deepavali Noise...

10 Indian Tribes You Should Know About And Their Weird Lifestyles