MetroSaga
Home News From Asking For A CBI Inquiry To Opposing The Inquiry, Rhea Chakraborty’s... 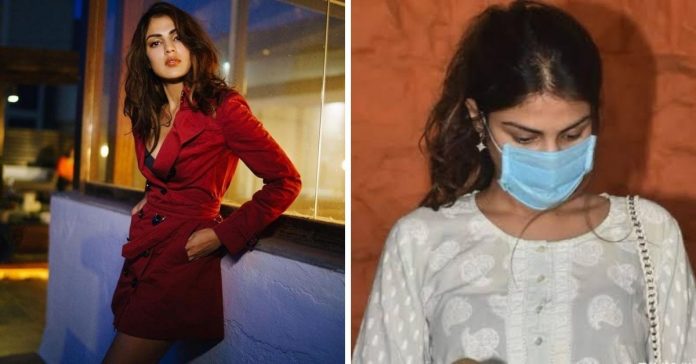 Rhea’s lawyers also said that the police from another state has no jurisdiction to investigate the case of another state. On Tuesday morning, the chief minister of Bihar Nitish Kumar recommended a CBI inquiry after Sushant’s father requested it. In a statement released by Rhea’s lawyer, it says,

“There cannot be a transfer of a case which had no legal basis, to begin with for the Bihar police to get involved. At the most, it would be a zero FIR which would then be transferred to Mumbai Police.” He went onto say that the Bihar government has no jurisdiction to hand over the case to CBI and said it is an illegal method to recommend for a CBI inquiry. Earlier, Rhea Chakraborty had filed a petition in the Supreme Court asking the case with Bihar police to be transferred to Mumbai police who already have a registered accidental death report.

A Few Weeks Back

Interestingly, a few weeks back, Rhea Chakraborty had taken to social media and pleaded Union Home Minister Amit Shah for a CBI inquiry into the death of Sushant Singh Rajput. She wrote,

“Respected @AmitShah sir, I’m Sushant Singh Rajput’s girlfriend Rhea Chakraborty, it is now over a month since his sudden demise I have complete faith in the government, however in the interest of justice, I request you with folded hands to initiate a CBI inquiry into this matter. I only want to understand what pressures, prompted Sushant to take this step.”

For The First Time Bullywood Is Regretting Their Cruelty: Kangana On B-Town Starts Into Drug Controversy

News Ria Ria - September 24, 2020
A special court in Mumbai on Tuesday granted the extension of Rhea Chakraborty's judicial custody to the Narcotics Control Bureau for an additional 14 days....
Advertisements