KIA has a diaper-changing station in the men’s washroom

Ali Samhaan’s who is a passenger from the Maldives, during his visit to Bengaluru shared an unusual picture on Twitter which gained immense popularity. The picture showed a baby diaper changing room in Men’s Washroom at the city’s airport. He tweeted, “Saw this in Bangalore International airport men’s room,” and a thumbs up along it.

After his tweet went viral on Twitter, people hailed the KIA for taking men’s homely tasks under consideration and introducing such facility. In today’s generation, both men and women equally responsible for their household duty and taking care of a baby is also one of them.

Men do change diapers and do house chores. There is nothing wrong in doing our house work. There is no rule book on this planet that says these are the jobs of a women. Parenting and household are to be shared equally. I may be wrong in in a patriarchal society, but I don't care.

Thanks Mr Ali for highlighting this and rest on this chat group! I cover aviation for The newspaper, The New Indian Express in Bangalore. Made an offbeat report based on it: U can read it on this link https://t.co/CiJZRDNiNF

One best airport i must say

So what? Is that a task only for women? FYI men also do change baby’s diapers

I'm married to a man who changes more diapers than I do. Great reading this today. https://t.co/j7n60rU3K9

Diaper Station a great gesture at KIA at B’lore.Always favoured to my foreign travels from KIA, B’lore., 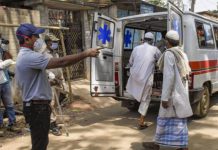